My boyfriend got sick and has been in bed since Tuesday evening :( Hopefully he gets well soon!
In the meantime I've been doing my nails again and also did some quick swatches. And yesterday my dotting tools arrived, I'll go try those out later I think.

My NOTD is Color Club Ultra Violet. It's a neon pink/purple color with blue flash. The color is great, but I'm not too pleased with the application.
This is 3 coats, and you still see quite a lot visible nail lines. Some parts of the white of my nails are a bit see through, and with this polish it looks like I have dirt under my nails, ew! :P It dries a bit slow as well, but Seche Vite fixed that for me. 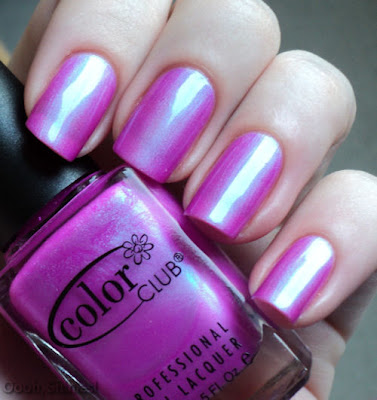 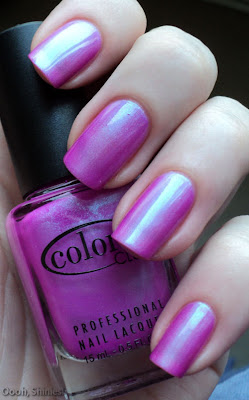 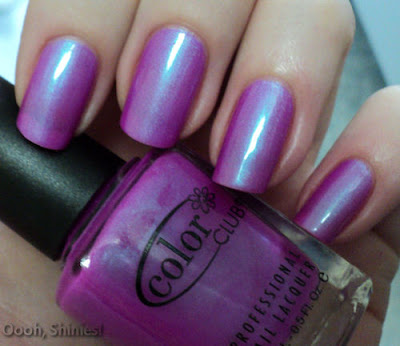 The skittle swatches I made are from the China Glaze Romantique collection and from some Depend polishes. Depend is a drugstore brand that isn't being sold here, so I asked my bf to have a look at 2 colors of them. One they didn't have, but he bought the other one and picked out 3 more colors for me, he's such a sweetheart :) 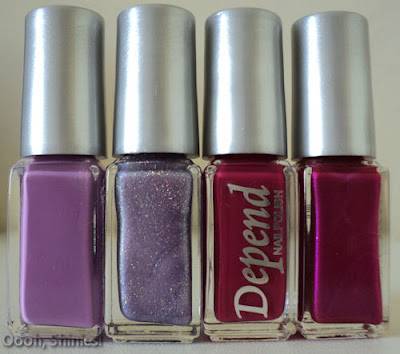 Here are the colors, numbers from left to right: 159, 058, 05, 069.
The bottles are small, like Essence, and the brush was nice. I used 2 coats of all except the glitter one, there I used 3. The drying time was good as well.
Next time I'm visiting him I'm definately gonna buy some more! :) 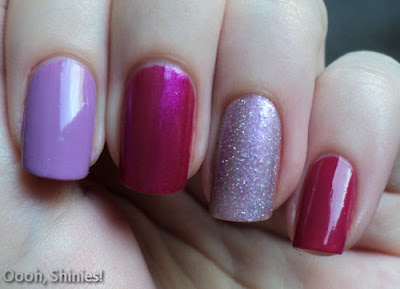 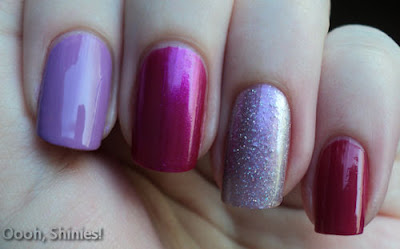 The glitterpolish isn't color accurate at all, it's a light purple but with flashes of green and pink as well.
The glitter is multicolored, and that glitter is the downside of this polish. It dries up very gritty, I used Seche Vite on the pictures and you can still see it. I think it works better as layering polish, will try that sometime :)


Then the China Glaze Romantique polishes that I have. I use these mainly for stamping, they're great for that! 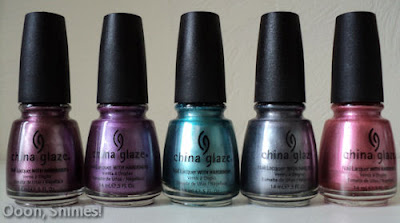 From left to right: Joy, Harmony, Adore, Awaken, Emotion.
All cover in just 1 layer! And they dry fast as well :) 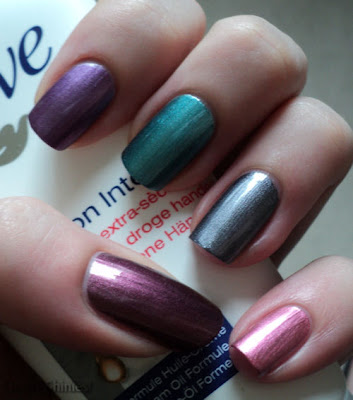 As you can see I'm holding some handcreme which my cuticles now desperately need lol. 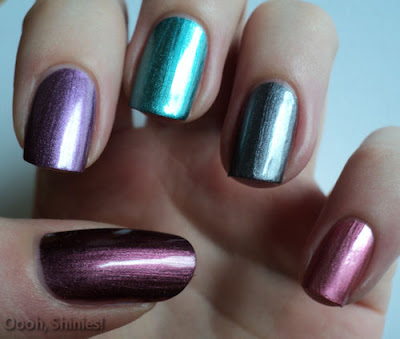 I like them all, but Joy is really a pretty color and great for fall/winter. Emotion was the least for me, it's pink but not the kind of pink I thought it was. On my pink nail wheel it actually looks like it has a hint of coral-ish orange mixed in. I don't have any coral or orange polishes to keep it next to, but I think it's that color a bit :P 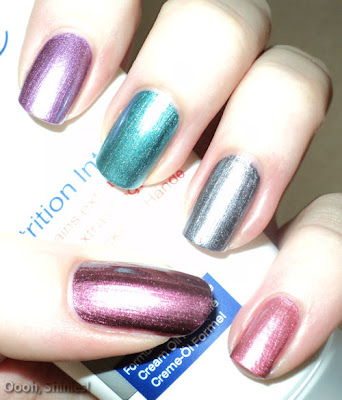 And that's with flash.