Ever had that you're cleaning up and find something you didn't realize you still had? The other day I was going through some boxes with childhood stuff and found a small box, and I had no idea what was in it. Lifting up the lid just a tiny bit gave me the answer, yuk! Such a strong chemical smell, but it was clearly polish!

When I was a teenager I had a period where I polished a lot, and I remember I had some funky colors like neon green and white as well. Back then that wasn't exactly common here and the average drugstore just had standard colors. But we had this little dump store where everything was around 1 Guilder, and they had some cheap brands polish in more fun colors as well, and I loved it :)

Now I was sure I threw those polishes away years ago, and indeed I did with most, but apparently I kept some as well. Somehow this box sneaked through my previous cleaning rushes, I guess it was waiting for me to get back into polish and have thinner around :P
So here we have it, polishes that are probably around 13 years old! And gosh, now I feel old too, lol >.<
I picked 2 colors that I'd buy now too if I could and managed to open the bottles with the help of a kitchen scissors with a bottle opener or some in it, and oh, the horror... Stinky, lumpy and totally unusable. I'm sure the following pictures say enough. 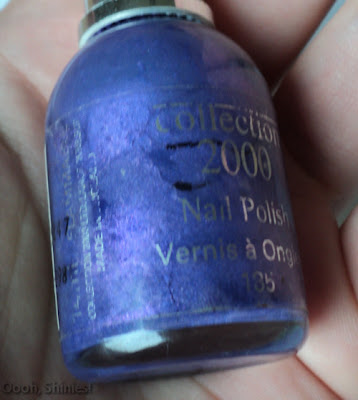 This bottle looks full, but it's not. The polish was just so thick that it sticked to the walls of the bottle even when I tried to shake it. 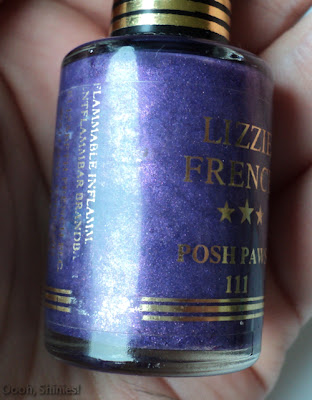 This one didn't look too bad on the outside... 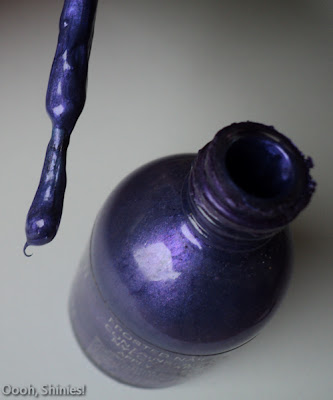 The first polish I picked is a purple-ish blue with a purple shimmer from Collection 2000, number 135. It reminds me a bit of Essie Huckle Buckle, but then a lot darker. My pics failed to capture the color correct, but hey, that's not what this post is about anyways! =) 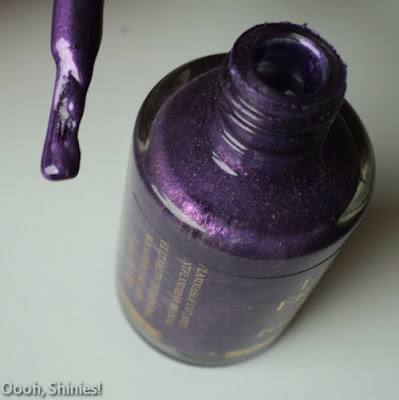 The other one is a purple with pink shimmer from Lizzie French, and the bottle says Posh Paws 111. Wait wut, posh paws? With this? :') 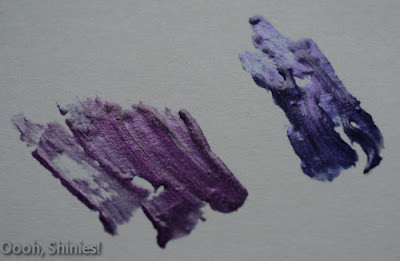 Eek! Yeah, no way I'll be smearing that on my nails! But I have to say though, I guess the polishes could've been in much worse condition, being in a closed box without any light probably helped.

So I decided to do a little test with polish thinner, to see what it turns into then. I used Seche Restore, but more brands have thinner and I think it's all pretty much the same. I also added some metal balls from an old polish bottle. I have to buy those sometime cause I just had 2 left, and I think it would've helped to have more than 1 in each bottle. 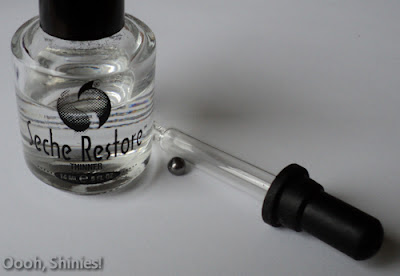 This weekend I started with a lot of shaking, letting it rest in different positions and then some more shaking, and the result is way better than I expected! On the bottom of the bottles there's still some hard stuff that doesn't wanna work along, but above that I can clearly see the polish move in the bottle, and the brush looks more normal too :) (It's still stinky though >.<)

The application was surprisingly decent, and the drying time as well. I used 3 coats of each, no top coat.
The Lizzie polish could use a little bit more thinner just to make it nicer to apply, and the Collection 2000 polish could use more, well, polish :P I liked that color back then as well it seems, the bottle is half empty. 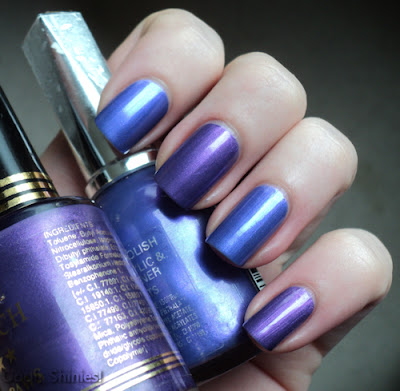 Collection 2000 on my index- and ringfinger, Lizzie French is on my middlefinger and pinkie. Comparing this to the picture where I tried to polish them on paper says enough I'd say :) 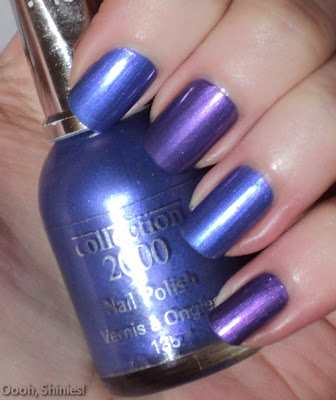 As you can see the Collection 2000 bottle looks way better here, just the bottom is still a bit nasty. The polish is a bit more purple irl. 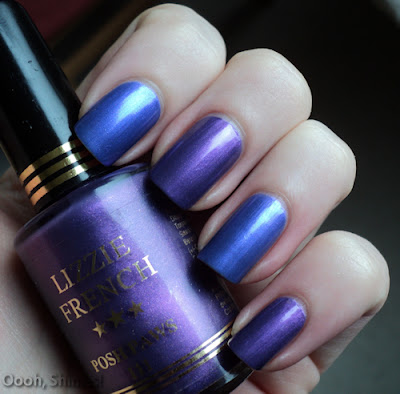 So, there we have it, 2 polishes brought back to life. What can I say, I <3 thinner!