Lately my thumbnails are annoyingly weak, both had a tear in the side and were wrapped up. One already broke off the other day without giving me a chance to rewrap, but that was just a corner luckily. But now a bigger corner of the other one broke off as well >.< The wrap lasted me just long enough to not make it painful, it just looks stupid now :P There's not even a tiny bit of white left on that part of my nail, lol.

So I decided to file it all a bit shorter than usual to make it less obvious, only I lost the shape of my nails a bit when doing so. Hopefully they grow a bit longer again soon, so I can fix it without ending up with mininails :)
What I do like with shorter nails is that some colors look better then, especially darker ones I find nicer on shorter nails. But since it's still sunny here I wanted a happy mani instead of a dark one.

I chose China Glaze Watermelon Rind to begin with and I used 3 coats of it. 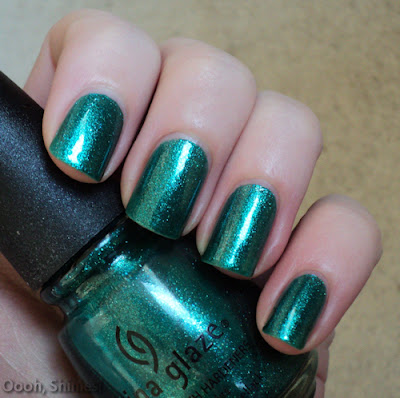 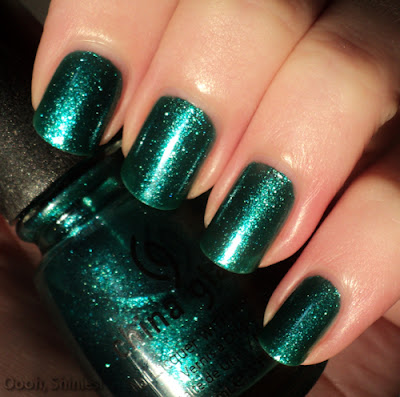 Nice color, but I wanted something extra today so I added 1 coat of Essence Glisten up! which turned out to be an awesome combo with Watermelon Rind. I wish Essence would make this polish in lotsa different colors! 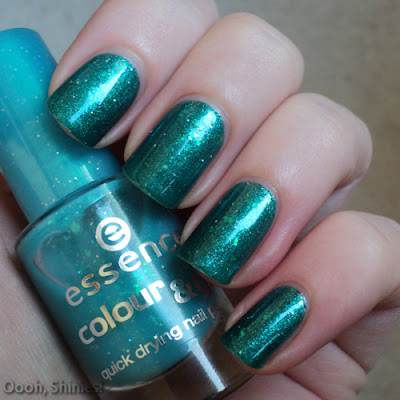 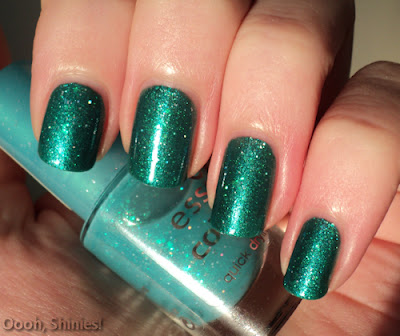 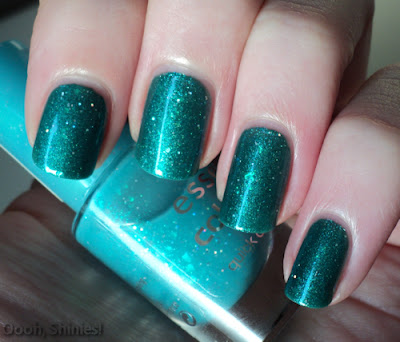