Today I'm wearing 1 coat of W.I.C by Herôme Amsterdam topped with 2 coats of Beyu number 334 and a layer of top coat. A while ago my boyfriend went polish shopping for me and brought me some Beyu polishes, including this one. He even picked out the colors himself, isn't that adorable? :)

But I didn't show the Beyu polishes that I got before (shame on me!) because they weren't in the mood to be photographed when I tried it a while ago. The Beyu that I'm wearing today has a red base, but on all my previous pics it showed as pink. So this time I put a bright red under it hoping that it would help, and luckily it did :) The Beyu is a slightly different tone of red on itself than it is now, and the W.I.C. below it makes the orange in it stand out a little bit more, but it's a lovely polish either way! 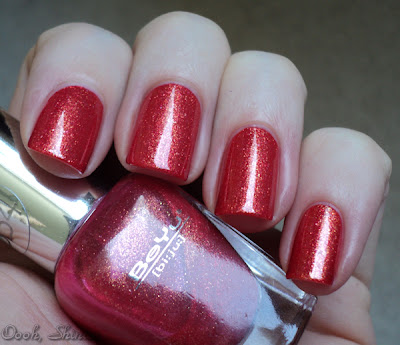 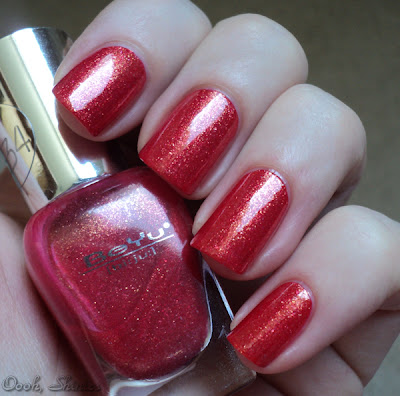 Making these pictures was a bit hard, one of my cats thought it was more important to throw her head at my hand :P 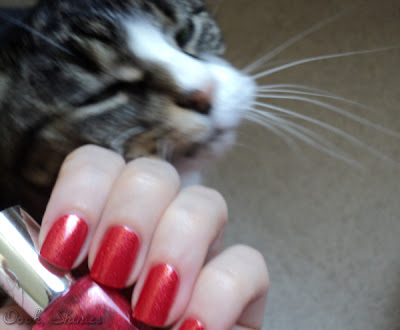 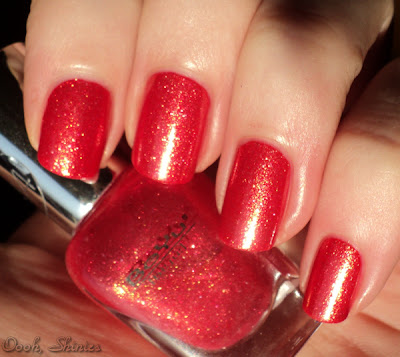 This is what happens when the sun falls on this polish, it sets it on fire! It's not the best pic, but I managed to smudge a nail before I could make more. It's not so visible irl, but I'm sure you know what the macro option does with such things >.<