I made a new franken today, a dark blue/teal holographic color. I was hoping the holo would be a bit more visible, but the bottle was full so I'll probably throw in a little bit more holo polish in it later on. That will alter the color a bit, but I'll see what it turns into then :)
It was pretty much a one-coater, but I used 2 anyways. I didn't use top coat since that can sometimes make holo a little bit less visible, and I didn't want to risk that with this one. 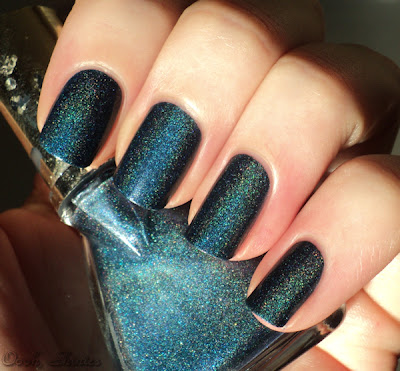 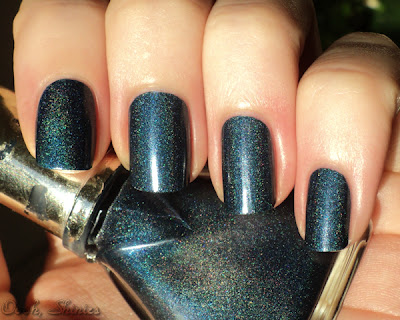 There's no holo visible in normal light, think away the holo in this pic and you pretty much have the color that it is then. That color didn't want to be photographed (I suspect it had something to do with me being half blinded by all the sunlight), so use your imagination! :) 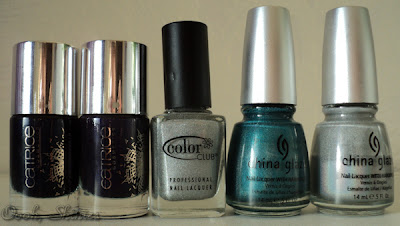 These are the polishes that I used.
From left to right: Catrice En Vogue, Catrice Times Square at Midnight, Color Club Worth The Risque, China Glaze DV8, China Glaze OMG.
I used Worth The Risque as well because as you can see, my OMG isn't exactly full anymore and I didn't want to use too much of this precious polish. 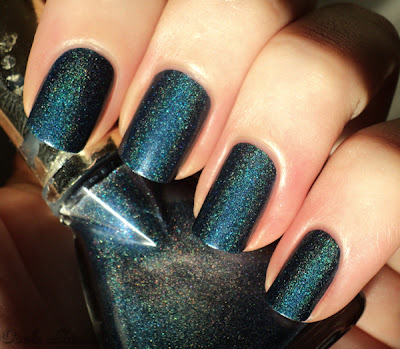