My boyfriend and I had an awesome time as always while he was here, but yesterday I had to bring him back to the airport again, booo :( Today I wasn't really in the mood for a bright mani, and when I saw the newspapers that he left I decided to try out a newspaper mani.

I used 3 thin coats of Catrice Pebble Beach, cut out some strips of paper and placed them on my nails, then pressed a cotton pad with alcohol on top of that for a few seconds. I finished with top coat to seal it all in. It was so easy to do! The newspaper didn't transfer so well on some nails though, but I found that the more pressure I put on a spot the better it transferred, that's why some text is lighter than other parts. Now I know for next time :) 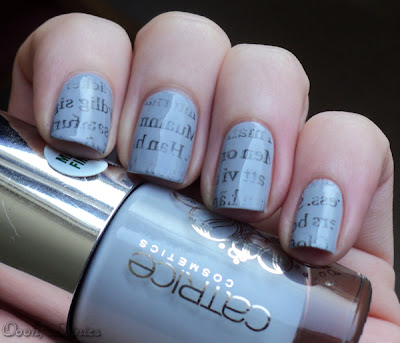 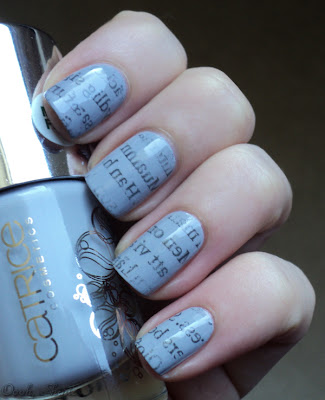 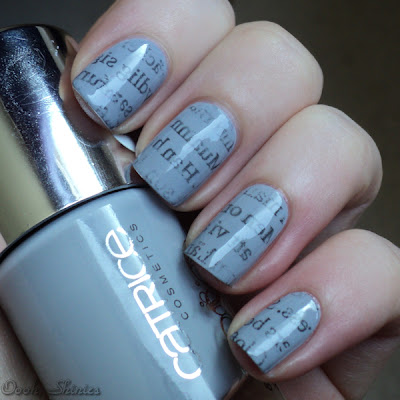