And this time, successful on all nails *happydance :) I was trying to marble with el cheapo drugstore polishes, but after Rebecca from Rebecca Likes Nails mentionned that China Glaze works well for spreading, I decided to give it a go with some other brands including China Glaze. And she was right, that really made a huge difference! I used China Glaze Snow as base for all attempts and different polishes to marble with.

This was my final result: 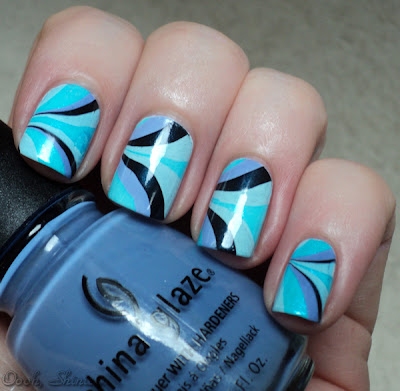 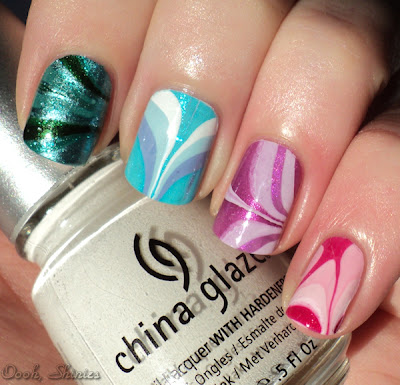 This was my first attempt of the day. As you can see I had quite a few airbubbles on my indexfinger, but it was to try out the polishes, not so much the dipping in the marble. The only polishes I had some problems with were Misa Glitz, Glamour, Smile for the Camera and China Glaze Coconut Kiss. I ended up not using Coconut Kiss.
Oh, and here's a tip, make sure you don't forget to tape your fingers or use oil or vaseline or some, especially when using stainy polishes like the green :') 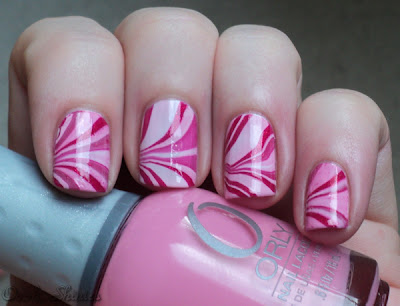 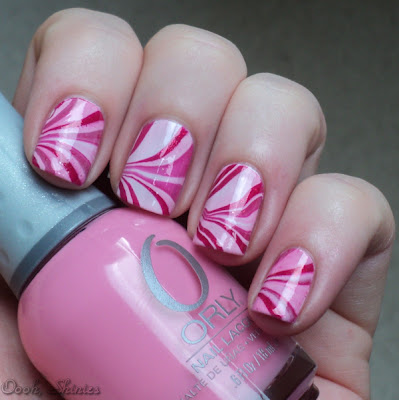 This was the marble I did after testing out the polishes, the result reminded me of a candycane! Still some small airbubbles here and there, but I liked it. On the pictures it's not so clear, but the glitters in Ahoy! gave a nice effect. I'll use such polishes more often in marbles :)

China Glaze: Ahoy!, Something Sweet
Orly: It's Not Me, It's You 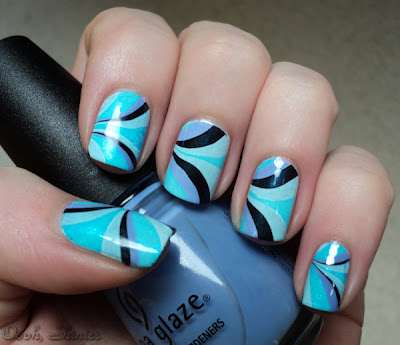 And here's another picture of the last marble I did, say hi to my thumb ^^ I did my righthand as well and the dipping with that one was a lot easier, but photographing with my left hand was hard, lol.


Now that it went alot better I'll do it again sometime and have a go at trying out different patterns. I really liked how the pink one turned out, for the blue I'd use a less dark blue next time. Which combo do you like the most? :)