I had an idea for a mani and for once it came out the way I planned it, lol. The ingredients for this mani were China Glaze Snow, Catrice Easy Peasy, Lemon Squeezy!, China Glaze Cha Cha Cha (all 2 coats), scotch tape (lots of it!) and top coat. The result: 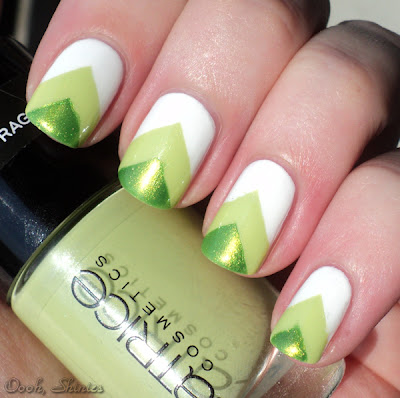 The mani is more intense green irl than on my pics. I like how the triangles give the impression that my nails are longer than they actually are :) 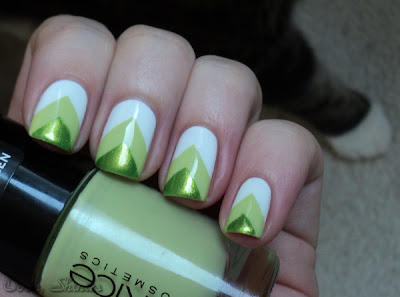 Sue sneaked into the picture, guess she wanted to show her paw as well :P 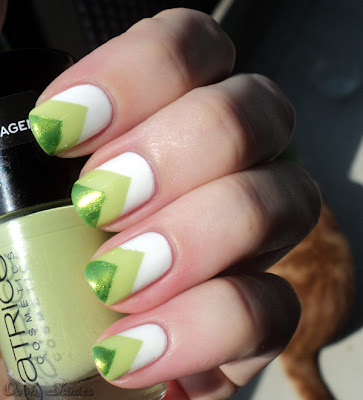 And here's Dewdew in the background, enjoying his catgrass in the sun before continueing his bug killing spree. His fur was really light when he was little, which was very cute, but I love how deep his color became!