A England's Dragon is a polish that really doesn't need anything added, it's perfect just the way it is! But before I was gonna take off my mani I wanted to mess around a bit with it :) Normally I never stamp on a holographic polish, but Dragon has more of a holographic shimmer (as Nihrida described it well), so I wanted to see how that would look as base for stamping. And I'll have to try it as stamping polish sometime as well! 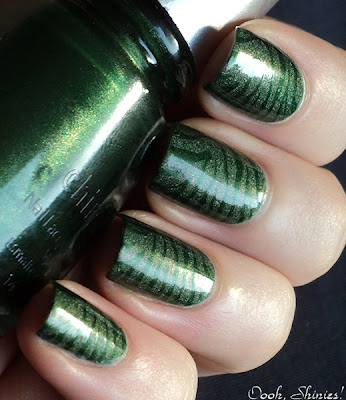 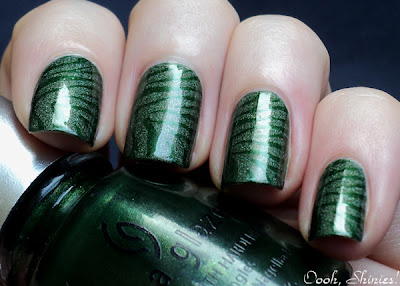 I used China Glaze Jolly Holly and Konad plate m57, and I was curious how it would look matte as well, so I added a coat of Essence Matt. The holo shimmer disappeared, but the coppery-golden glow didn't. 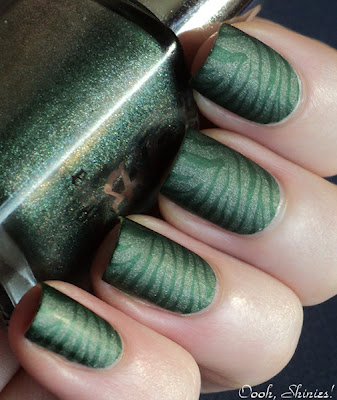 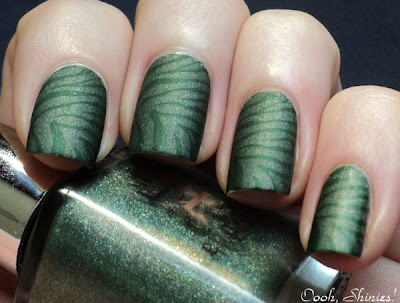 Irl the shiny version looked better than on my pics, but I think I prefer it mattified. Or well, I actually prefer Dragon on itself =) What do you think, with or without matte top coat?