Aaand here's another mani made with a bag! My plan was to make a diagonal silver zigzag, then use the dark pink one on top of it. But unfortunately the metallic silver didn't come off the bag in 1 piece, next time I'll try it on a different material. So instead I used the pink zigzags on the top of my nails now. I haven't used rhinestones for quite some time, but this mani could use a finishing touch :) The rhinestones are the same color pink as the basecolor that I used, but they don't look so pale irl. I really like how crisp the pattern gets with this method! =) 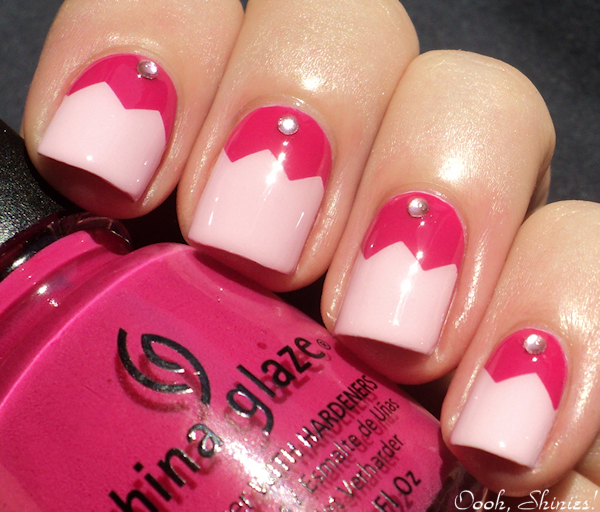 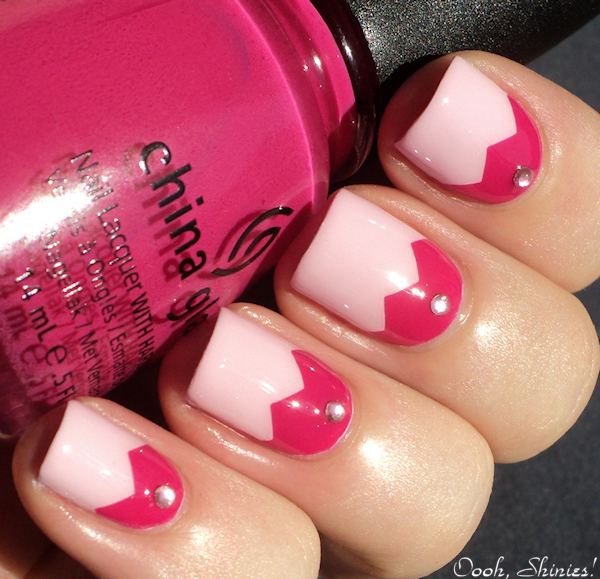 I haven't given an update on the kittens in a while now, shame on me! So expect some massive kittenspam somewhere in the coming days :) But I just put all the pics that I made with my phone to my pc, and I forgot I had 2 of them help me show this mani! The 2 you see here are also the oldest and tomorrow they're getting their first shots, then next week they can go up for adoption already. Time sure flew by! 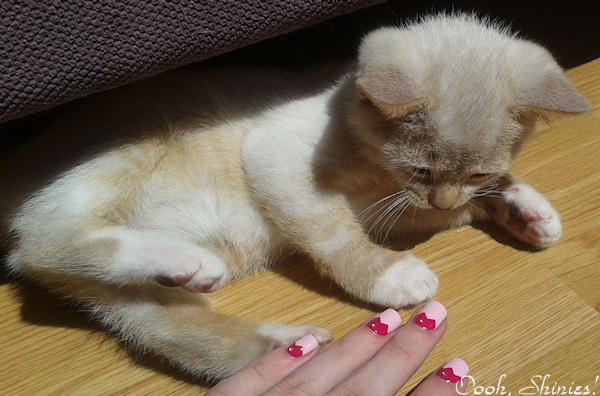 The little lady below has huge paws ♥ but the angle is making her and her cute paws look bigger than she really is though! 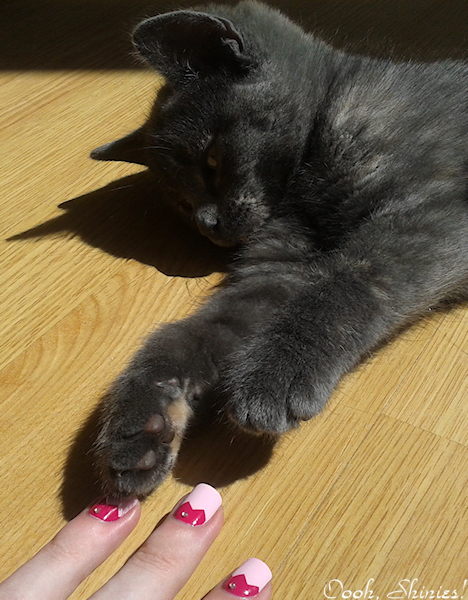 I wish I could use them as background, but usually they're too playful and interested and I just end up with blurry pics, lol. So I'm having my hand near them instead =)