Heyhey! Here's a mani from the vault, made with 2 new polishes from Essence and Catrice. I couldn't really polish the glitters, instead I dabbed them on more. That was exactly what I expected from a glitter like this, but I hoped it would prove me wrong. Ah well, it gave a fun result so I don't mind putting a bit more time in the application then :) The base color is a gorgeous teal (it shows a bit too blue here) with blue shimmer, and that one did apply nice and easy, and had great coverage as well! 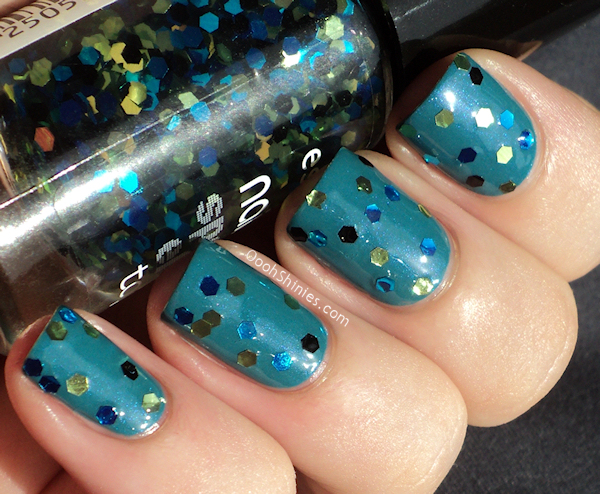 Catrice No Snow Petrol with Essence Mrs And Mr Glitter. 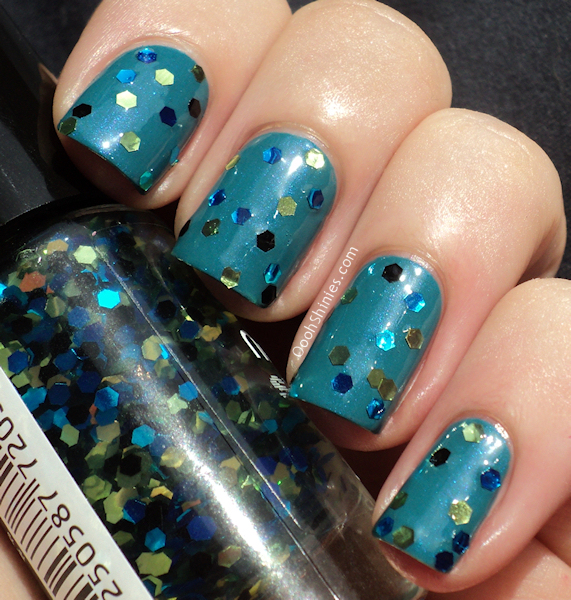 I'm gonna have a look at that Gelous stuff sometime, because with a glitter like this one, it wouldn't hurt to have something like that to even the surface! 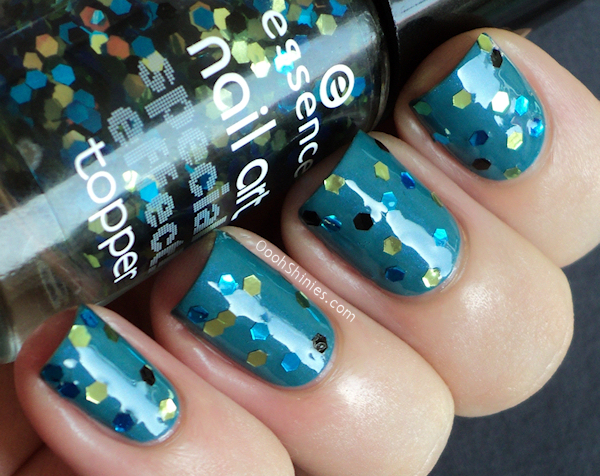 On a sidenote, because I got such nice reactions to my kitten posts, I decided to translate what I posted about them on a Dutch forum and post it all on a new blog. In the coming days I'll be busy with catching up with translating and posting there, so if you enjoyed reading about them, I hope you'll like this idea as well :) When I foster again (that won't be in the coming month or 2, maybe after that if it's still needed and else next year) I'll start posting the stories there straight away!