What stamping? I don't see any stamping.

Yep, that was pretty much what I thought after stamping the first nail, where did it go! Bad color choice, it happens :) But I continued stamping, hoping that top coat would help. And it did, but not nearly enough. Wasn't even sure if I should make pics, but figured I'd see how they'd turn out because I didn't show this image before. But then the sun hit my nails, and there it was! =) Hidden stamping, unintentionally but pretty fun afterall. Although next time I'll go for something that's more visible at all times again ^^

The basecolor is one of the new Catrice polishes, How I Matt Your Mother, which also has the brushed metal effect (not visible here because of the TC). It's like a matte but then with some slightly gritty texture, as you can see on these polishes as well. The color itself? Love it. It's a blue-ish dark grey with a hint of purple, and I think it combines great with different colors. And I'll have to try stamping with it as well, it covered great! 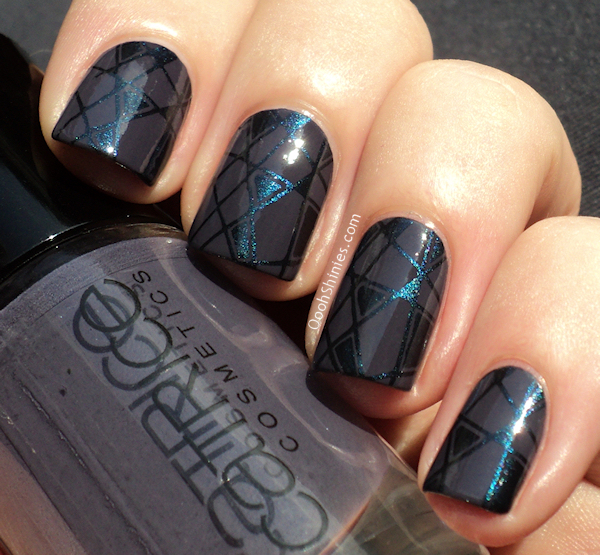 Catrice How I Matt Your Mother with China Glaze Little Drummer Boy and MASH 47. 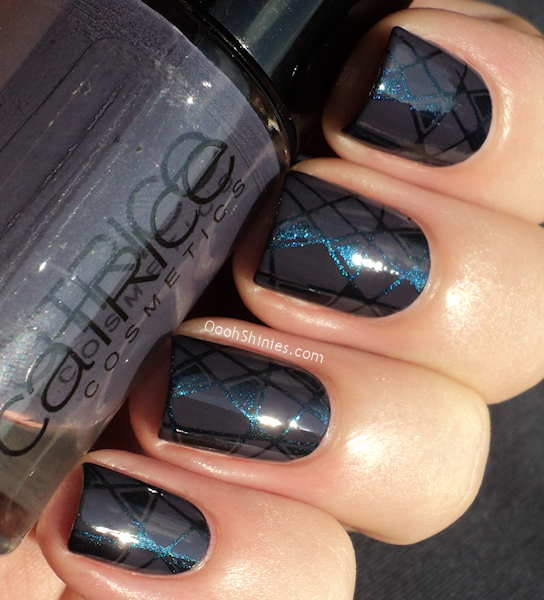