Hey all! I don't often do a Blogger Inspired Mani, because what I love on other people isn't always in my comfortzone, and when doing a mani like that I get too picky and often a bit insecure. But Marta from ChitChatNails is one of those bloggers that made me go "ohh gotta try that sometime!" quite often, so it was time to do a mani inspired by her :)

When I think of Marta I think of stamping and gorgeous photos, often with accessories or even whole shoots involving her mani (she and her husband really create some great eye candy!). I also think of calmer creme colors spiced up with accent nails, shiny sparkly bits and lately saran wrap got added to that as well!
I learned to do the saran wrap thing at first by polishing a basecolor and when that's dry, apply a second color and dab it off with saran wrap while it's still wet. But Marta showed that you can also just sponge with it, which is even easier! And you can easily sponge with several colors as well. So that's exactly what I did, saran sponging, stamping and an accent nail using shiny polishes. 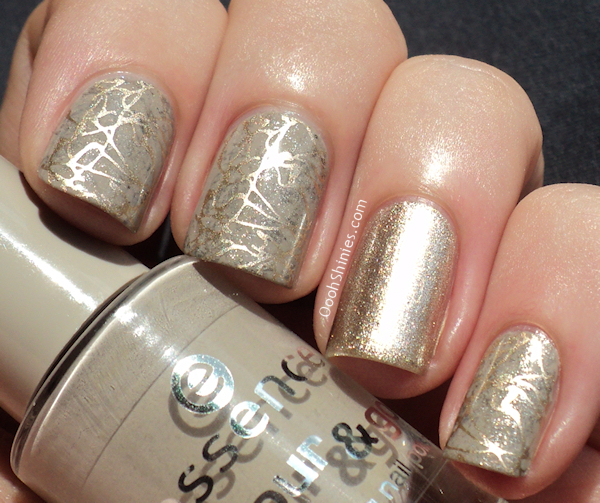 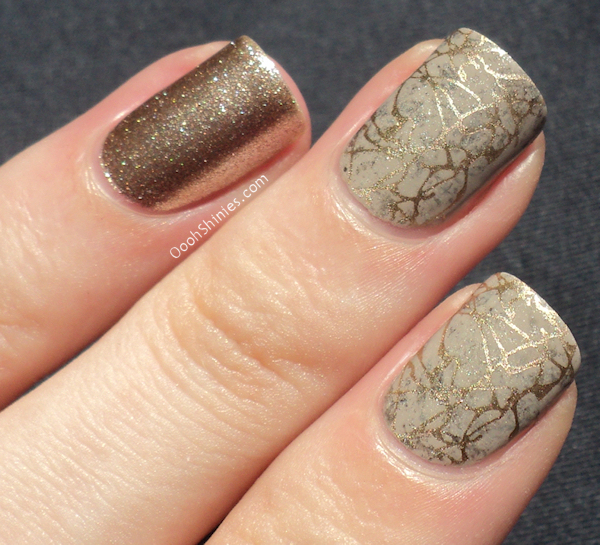 It's pretty different from what I usually do, and I had to get used to it a bit, but I did like how it turned out. However, I couldn't resist mattifying it with Essence Matt top coat to see how that would look :) 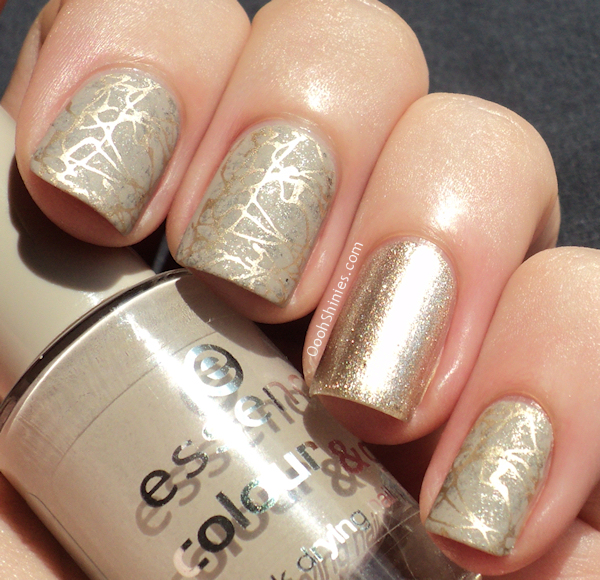 A mani inspired by Marta of course has to be shown with something else in my hands as well. I don't have much jewelry, but I do have a lot of catstuff! So I picked a little sculpture instead... 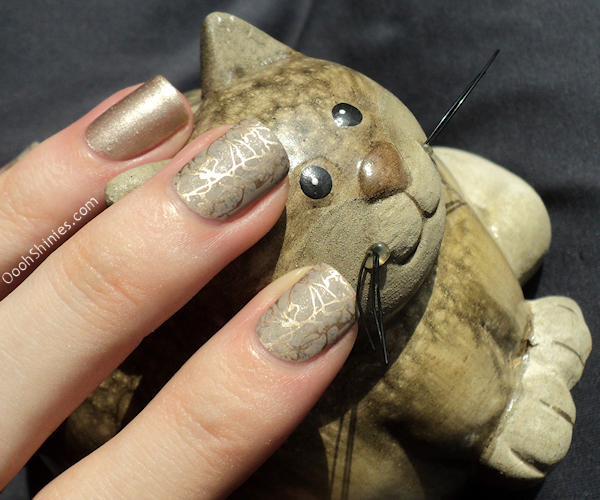 But I think I'll just stick to bottles =) Left is the shiny version, right the matte.

I'd love to hear what you think of this mani!