Hi all, normally I try to keep personal stuff off my blog, but after getting a sweet mail from one of my readers (thanks a lot Nancy!) I figured to give a little update. I've been going through a bad depression lately, and during that I also found out that my cat Bindi's cancer has returned just a few months after her first surgery, which gave me an incredibly shitty decision to make as well. There are some treatment options, but some I'd never go for because I think it takes things too far and isn't in the best interest of the cat anymore, especially for a cat like Bindi. So the only option left would be another surgery, however, it's a very aggressive form of cancer that often returns and Bindi took the last surgery so bad. That month of healing was the worst month I ever had with her, and feeling that horrible thing again so shortly after she healed was just... meh :( I hoped it was scar tissue at first, like my other cat Sue had after her surgery (she's been clean for almost 2 years now!), but that went away and this started growing instead. The vet confirmed my fears, it was indeed a new tumor, so the cancer already came back about 3 months after her surgery. The vet can't give any guarantees for another surgery of course, and has been very clear with me about my options. We already discussed last time that I wouldn't go for further treatment if it would come back, but it's so short after which was unexpected and it's my first cat, she's my little girl, you know? Saying no treatment is the same as saying that she'll die in a while :( But with keeping in mind what kind of cat she is, I've decided to give her the best time I can give her instead of forcing her through the huge amounts of stress and pain a surgery would give. Hopefully it means no more scary cages and scary vet visits for her, just the best time she can have without being scared and stressed, and with lots of love and happy times. Needless to say, she's gonna get even more spoiled than usual ♥ I guess I don't need to explain further how being depressed and finding out the cancer returned took away all the interest for polish for a while, but I'll be back! 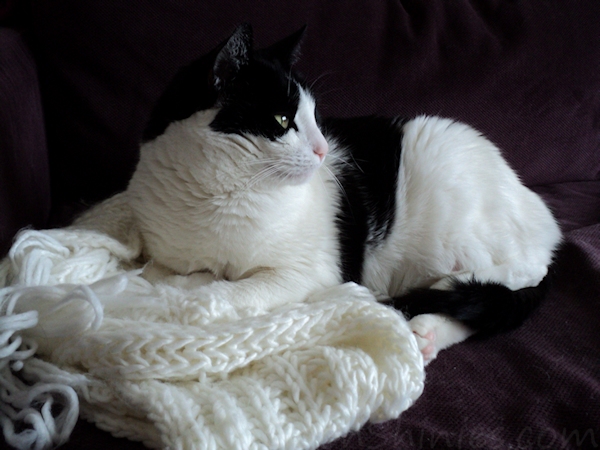