Exotic George from the vault

Hey everyone! Here's another one from the vault, a simple stamped mani with an image that you might have seen around already, but I don't think I have used it before myself. It's one of those lovely swirly images, can't go wrong with those if you ask me! ♥ It's a Bundle Monster image, and in case you didn't know yet, Bundle Monster is bringing out yet another plateset, this time a fan-created set! I think it's great that a company looks at what their customers want, or even gets them involved like this! You can see the entire set here, and lucky me gets to review them, so you'll be seeing them on my blog soon as well, yay! :) Anyway, here's today's mani! 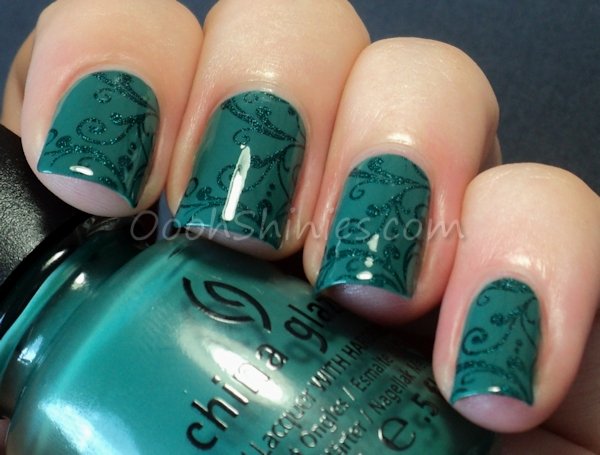 I almost forgot how much I adore Saint George, I guess that's the downside of a big stash, you easily forget what beauties are hiding in there, haha! But I'm sure I'll be wearing it as a full mani soon again now :)

On a sidenote, I'll be picking up a new foster kitten later today, this time it's an older kitten that's currently in another fosterhome. It's been there for a couple of weeks with it's brother and sister, and they started to adapt well and can hopefully be adopted soon, but this little guy stays scared :( So we hope that my adult cats can give him the good example and that he'll learn that humans aren't so scary afterall! I'm excited to go pick him up, but the downside is that I'll have to keep calm around him at the start here, and not go OHH KITTY! straight away :D