Hi guys! I have some amazing plates to show you from MoYou-London! And because I haven't showed some nail art in a while now, I couldn't resist making 2 manis, but let's look at the plates first :) 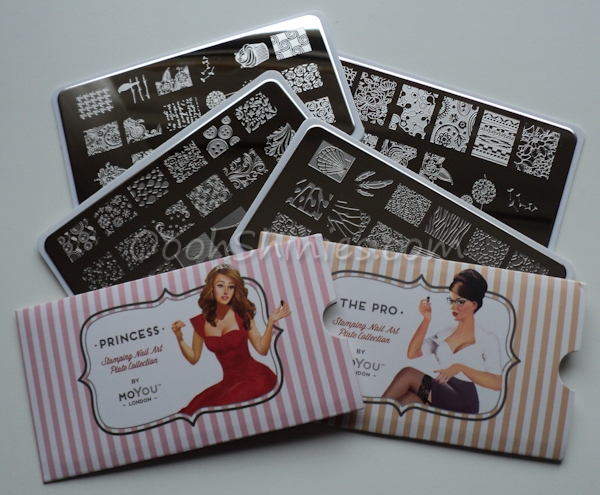 Oh my, isn't that the cutest plate packaging ever?! Each plate comes in a packaging like this (for the people who've ordered before, they just added this new packaging a few days ago!), and every collection has an own girl. Meet Joan The Pro and Lea The Princess!

The back of the packaging shows and describes how to stamp, the plates have a protective blue foil that comes off easily, and a plastic back with the brand name. Even though the back already prevents sharp edges on the plates, the plates itself aren't sharp either. It looks like MoYou-London really has a lot of attention for detail!


MoYou-London has images in different sizes: their standard size is somewhat smaller and perfect for girls with shorter nails (they fit fine on my preferred nail length as I'll show below), but they also have XL Designs for people with longer nails. And they even have plates with just 1 ginormous image!
Some of the images on plates with smaller images are also used on the XL plates, so if you love a design but have long nails, check their XL plates as well! The plate above and below show that as well, the images with the dandelion and the little dandelion things (no clue on the name, lol) are on both plates. Also great for when you want to wear the same image on all nails, an image might fill up my pinkie but look mini on my thumb, but with various sizes that won't be an issue.


I really had a hard time choosing plates, and MoYou-London is bringing out new plates at high speed, but luckily a lot of them weren't available yet (only for pre sale) when I got to choose, so that made things just a little easier! But they have SO many plates that I'd love to try out, and I'll warn you in advance, you'll end up with a full shopping cart in no time! =)

Of course I had to try these out, and I decided to go for 2 fine lined images. I used the text image on all 3 nails without cleaning the plate in between, and on my pinkie it transferred a bit less good by then. I like to try out such things to give me an idea of how deep the images are when I'm trying out a brand that I haven't used before :) Fine lined images can dry in the blink of an eye, and the deeper the image is, the more time you have. Because these images aren't shallow, I had enough time to make a good transfer. I'd still advise you to clean the plate in between with such images to get a perfect transfer every time, or just clean the plate whenever your stamp isn't showing a good transfer anymore! 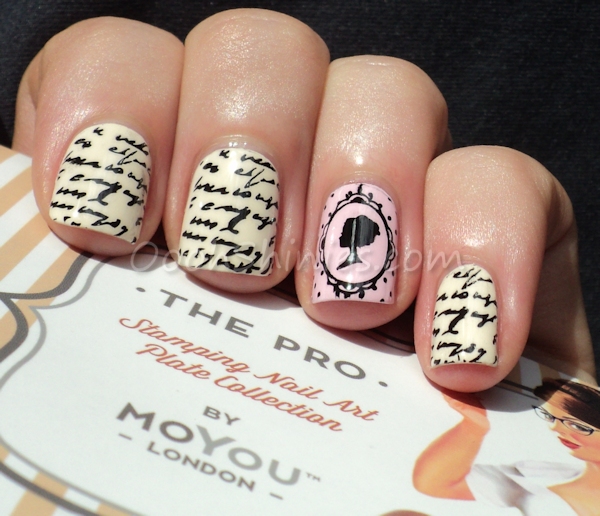 The New Black pink & peach from the Shibuya set with Konad Black and MoYou-London plate 04 from the Pro collection. 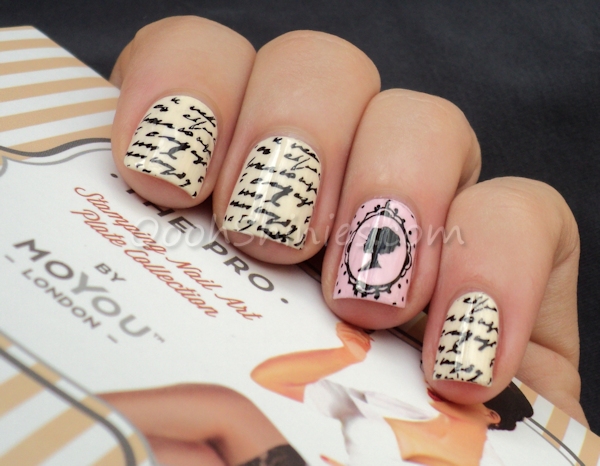 But I just had to try out another image, and went for a mani that's a little bit more me :) I used a Catrice polish with brushed metal effect, and I wanted to use top coat, but after seeing how it looked without, I decided to leave it like this! 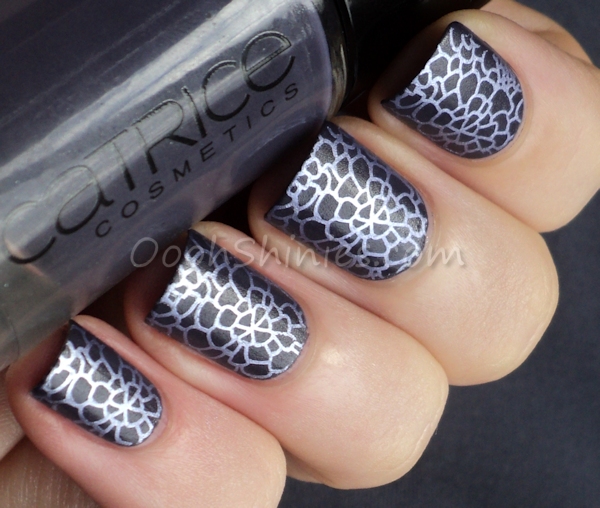 Catrice How I Matt Your Mother with Kiko 622 Wisteria and MoYou-London plate 06 from the Pro collection. 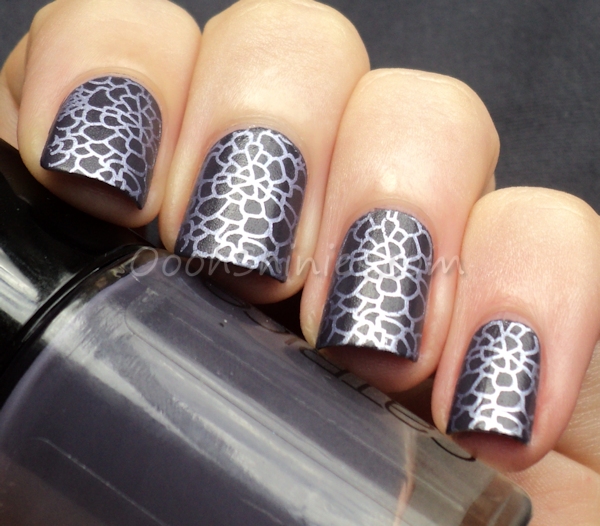 I've updated my image size comparison, the size of the normal MoYou-London images (as shown on 3 of the plates above) is a bit smaller than the average image size, but their XL images are clearly a lot bigger than most! According to their site the XL images are about 1,5x2,0, but the ones on the XL plate that I have, all measured 2,1/2,2 cm instead. Small difference, but maybe worth to mention for the really long-nailed girls out there :) The only downside to these plates is the actual plate size, they obviously won't fit in platefolders! 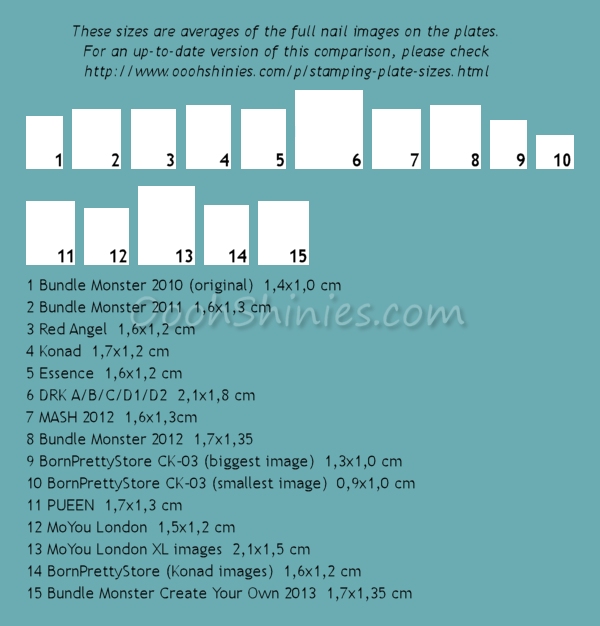 I'm sure my post already made clear that I love the MoYou plates, so instead of telling you even more about how these plates are made of pure win, I'll go fill up my wishlist instead! =)
The MoYou-London plates are available on their website, and cost £4,99 each. You can also find them on Facebook.

Thanks for looking and have a great day!