Heya :) Are you getting in the mood for the holidays already? I sure am, and here's a simple mani to go with that! A red base with red/green/gold glitters, instant holiday feeling! 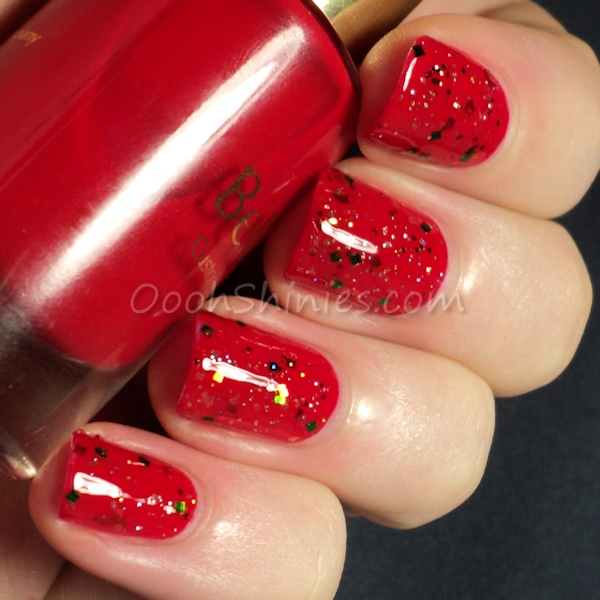 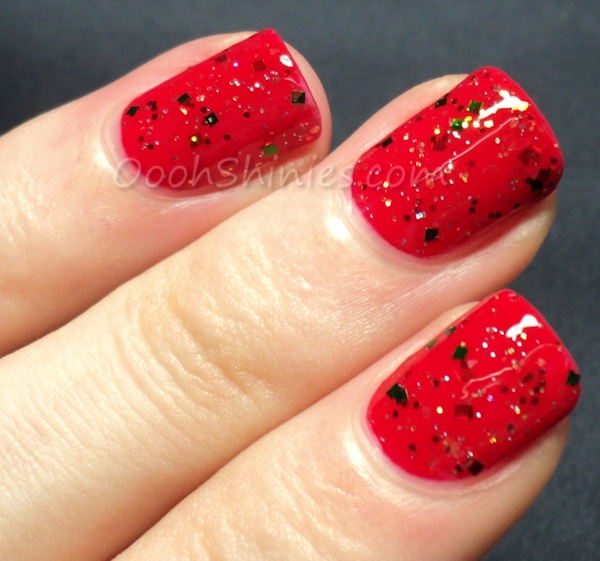 Christmas In Bordeaux is one of ILNP's fabulous holiday glitters, it's so much better irl though! You can see my review of it here, where I'm showing it on black/gold. Loving it most on red! :) As you might've already seen on my FB or IG, just like many others, I also made my own polished ornaments! I think the pics below already show a bit how it's done, but I saw it all explained well at The Nail Network (and then rushed to the stores to buy clear balls!). Her creations turned out amazing, go check them out if you haven't yet! ♥
The ornament I'm holding here was made with China Glaze's Pure Joy, and as you can see below, the golden/holo Angel Wings looked great as well! You can see the swatches of both Pure Joy and Angel Wings here.

A little warning though, I wanted to go for the traditional holiday colors with glitters, but... unfortunately most of my balls failed :( I used a LOT of my beloved ILNP holiday glitters (which makes me extra bummered, I have very little left of some now, would've been worth it if it worked though!), but somehow those didn't work well at all! They're shown here at the top left -doesn't it look great there?- and at the bottom right pic, it's the 2 most right ones. The bottom right one is the polish I showed today as well :)

I also used another polish from that collection which isn't shown here, but somehow they only seemed to work on their own. As soon as I added a 2nd polish to give them a colored base, it looked great at first, but somehow the newly added polish then went extremely thin, runny and sheer, pulled some glitters along as well and I just couldn't get them to dry and hold color! Very frustrating, I thought I should maybe let them dry longer, so I tried again and then waited several days before adding another color, but the result was the same. I think it's because those specific polishes (or maybe even just that batch) seem to have a different base than other polishes. So if you're going for glitters as well, and if they smell a bit different than most polish, they might not work well either (I wish I could give more info on why this didn't work, but I'm afraid I have no clue, all I know is that those polishes smell different and I have more glitters that smell a bit different, won't try those anymore!). As you can see, the China Glaze ones turned out great though, and they're being all sparkly in my tree now! :) Next year I might just do this again, but then no layerings and maybe more holo/duochrome/shimmer, to make them really stand out. Now I know how it works and what might not work, I think I'd dare using some more expensive polish as well :) 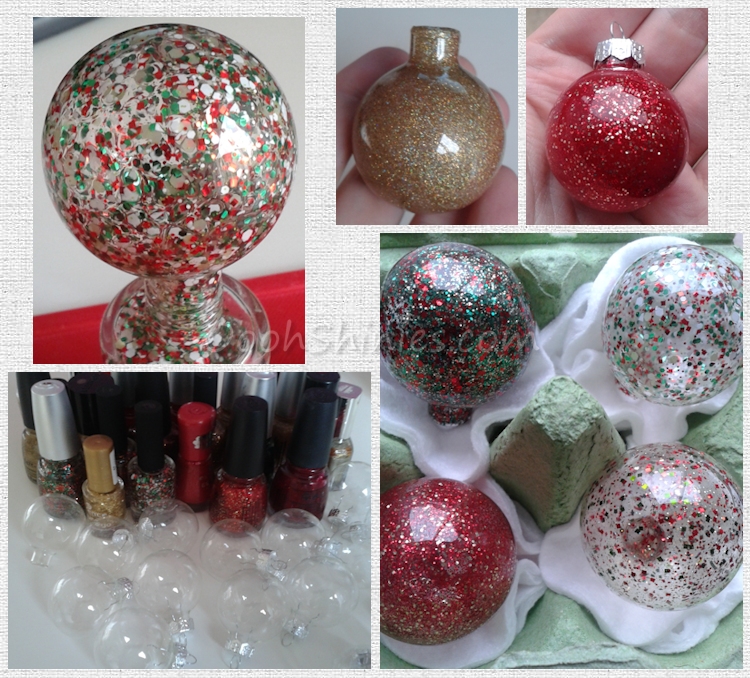 Have you polished any balls, or maybe even decorated some? I can imagine rhinestones and glittery stripers work great on the outside as well, and I've seen some people also use all kinds of stuff on the inside, including glitters from a hobbystore!