Hi guys! Are you in the mood for some more new Essence polishes? Then read on! :) I'll tell you straight away though, these both really neeeed basecoat! I always skip that for my swatches, but after I swatched these I couldn't continue because my skin was so stained! I used 2 coats of each, no top coat. 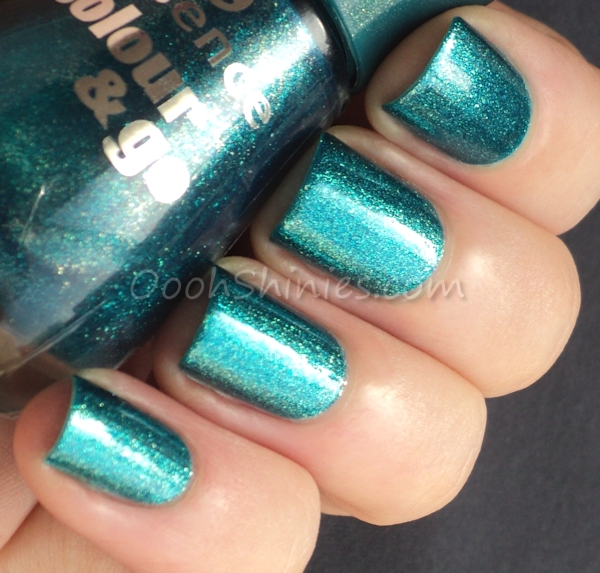 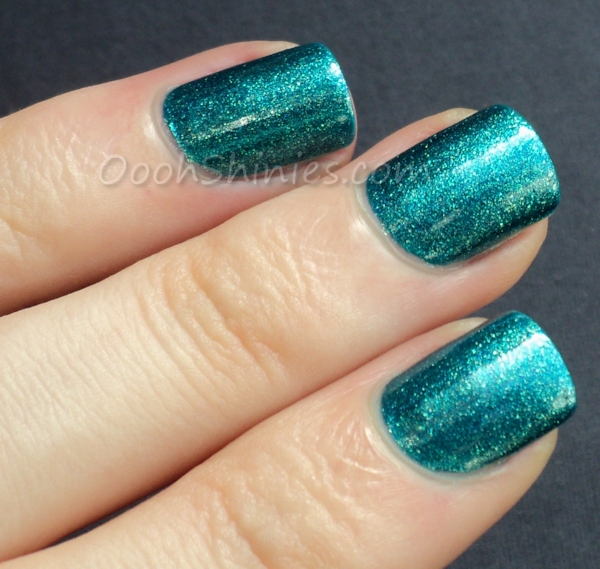 Oh this is one of my favorites of the ones I've picked up, it looks way better irl as well! It's simply a pretty :) It reminded me of Choose Me! straight away (one of the many Zoya Charla dupes), but that one has a lot more warm golden in it, and with that, looks a bit more green as well. And I'll repeat myself, because this one was the worst, basecoat! 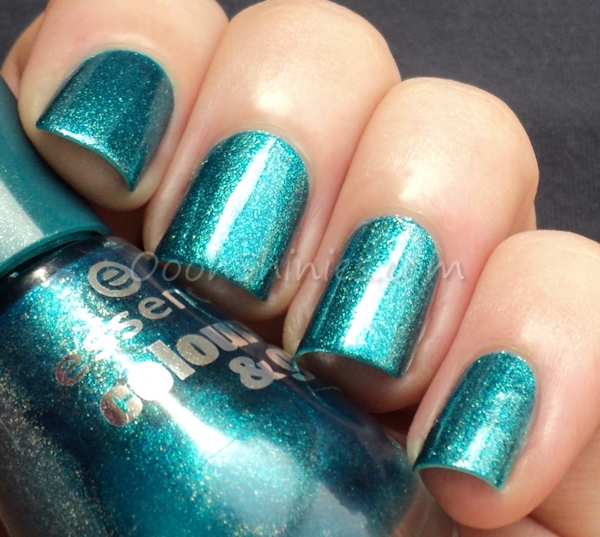 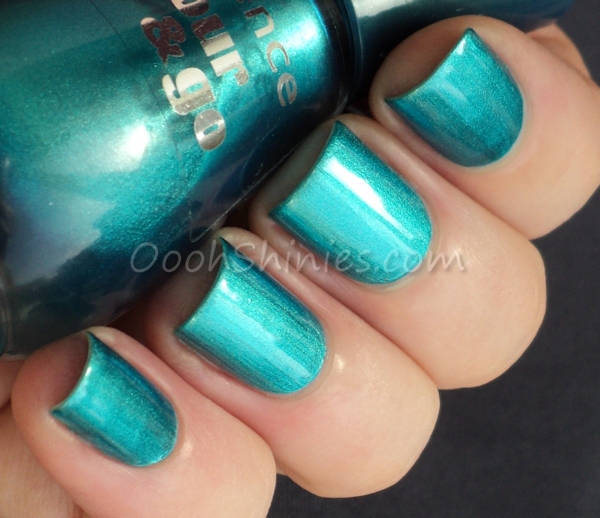 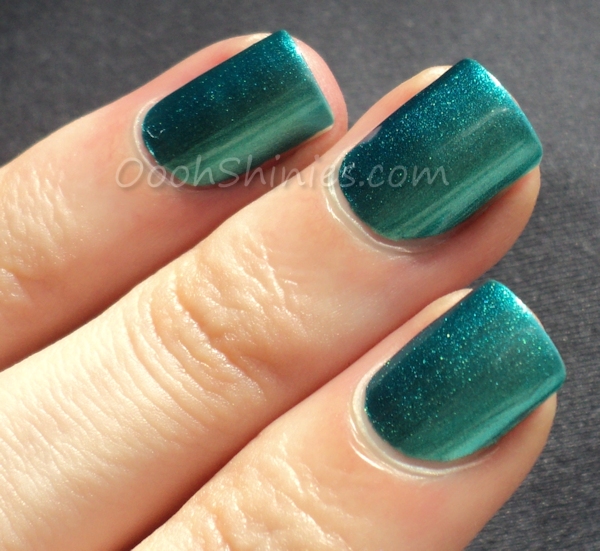 Splash! is a polish I had high hopes for, but it disappointed a bit on the nails. Somehow it feels like nothing we haven't seen before! And I really hoped it would be pigmented enough to work for stamping, but it needed 2 coats to cover well. I might try it sometime anyway, but I'm just not so sure about it. If it does work, you know I'll instantly love it a lot more! :)
It's a bit streaky, and just one of those polishes that looked better in the bottle. On the pic above I tilted my nails up a bit, to capture the darker blue flash, but as my normal pics show, that isn't as visible most of the time. Both polishes look a bit more green irl though, my camera just loooves to pick up blue tones, haha! 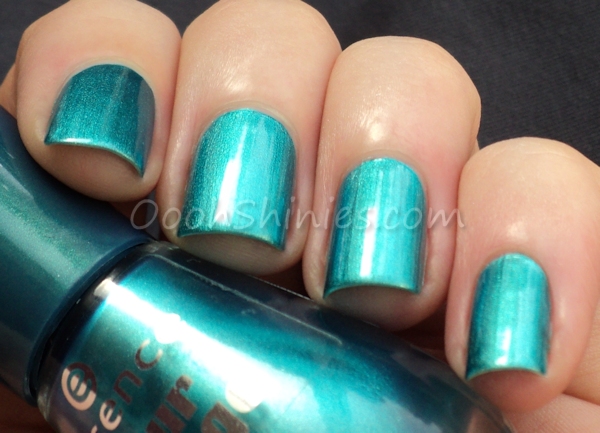 I'd pick up Galactic Glam again, but leave Splash! behind. What about you, do you have access to Essence and if so, did you try any of their new polishes yet? I have some red ones to show as well, but those will come some other time :)
Geplaatst door Bregje op Thursday, February 27, 2014
Newer Post Older Post Home