Yesterday I showed you this gorgeous DL polish on itself, today I'm showing what a little black stamping can do! 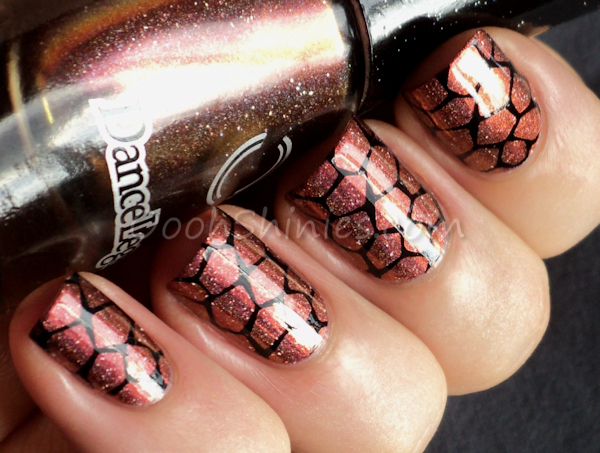 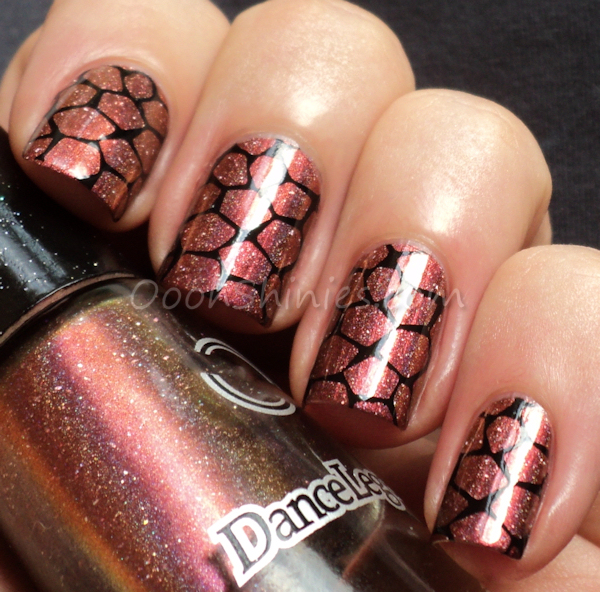 Is this a beautiful polish, or what! I barely ever stamped on holos, just started that the other day, and I think I'm starting to get the hang of it. I wouldn't use flowery images or other images with a lot of detail, but I think simple stripes images for example, can compliment the polish! Although I don't think I'll ever grow tired of a nice holographic polish on itself ♥ 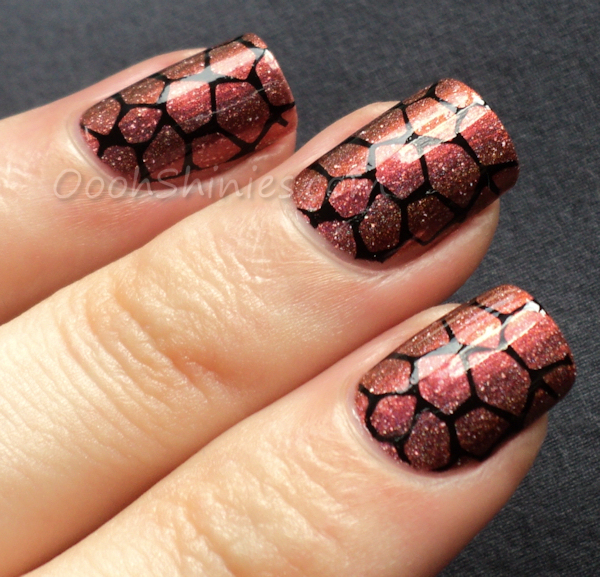 I'm only showing 1 photo of this mani in sunlight, but for more (sun)pictures of this polish, have a look at my swatches! 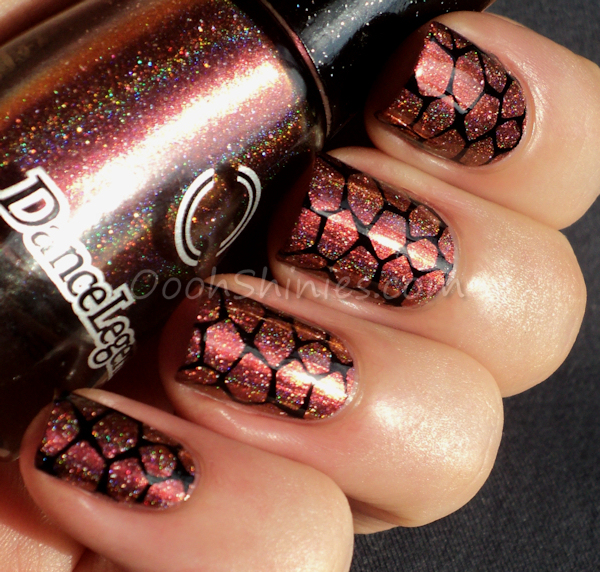 Aaaand here's a little bonuspic, the new fosterkitten! This sweet little boy came into the shelter about a week ago at 5 weeks old, and they straight away took him to the vet because his frontleg was so badly injured. The vet had to amputate his leg, and after recovering there for a few days, he needed a fosterhome to care of him further. So here he is! :)
He's 6 weeks now and even though he's been through a lot already, he's so sweet and playful! I'm a bit impressive at times (which isn't weird, he arrived yesterday and it's a completely new situation and person), but he loves to be petted and starts purring straight away then. And he just loooves to play! Dewey wants to sniff him, maybe give him a little wash, but this little one keeps jumping him and poking him with that 1 frontpaw of his, haha! And speaking of paws, his 3 white paws have black pads, squeee! They called him Tripple at the vet, because of how he moves and because he has 3 legs now. And even though I think that's cute, I always give my fosters a new name, and I don't think I want to put the focus on his legs. He's so much more than that missing leg! :)
He's in a huge bench at the moment, he'll be there during nights and for now at least. He clearly sees the bench as a safe spot, he has his familiar blankets there and does great! He hopped outside the bench a few times now, but that's still a bit overwhelming as well, so he goes back in fairly quickly. But whenever he's ready for it he can come out more :) And this morning we already had some cute cuddletime on my lap, I'm really impressed at how much trust he has in humans, even though he's been through so much already! Brave little boy ♥ 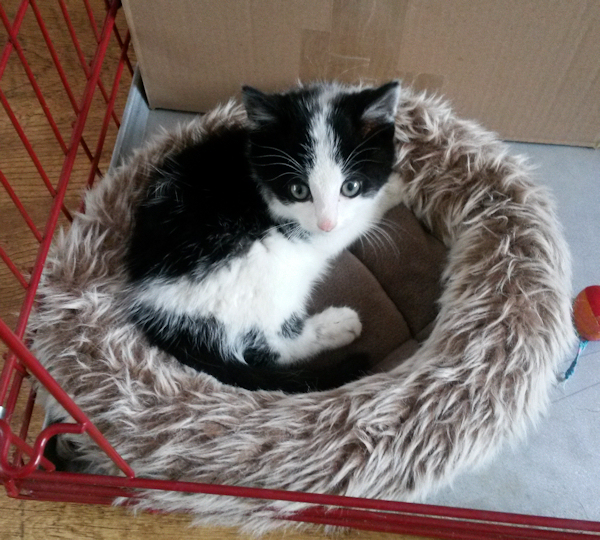