Howdy! I can tell you straight away that this post is pretty much all about Dance Legend, there's plenty other polishes that I swatched this year, but none is alike what they come out with ♥ I do absolutely love cremes, subtle shimmer, more neutral polishes and all that as well, but for a top 10 I simply can't resist going for the DL polishes. It still wasn't an easy pick though, I mean, how can you choose between all that multichrome-meets-holo madness! So here's my top 10 of this morning, maybe it'll look different later, haha. A lot of these polishes look different depending on the angle and light, check out the full posts for more swatches if you're interested :) In random order, my top 10! 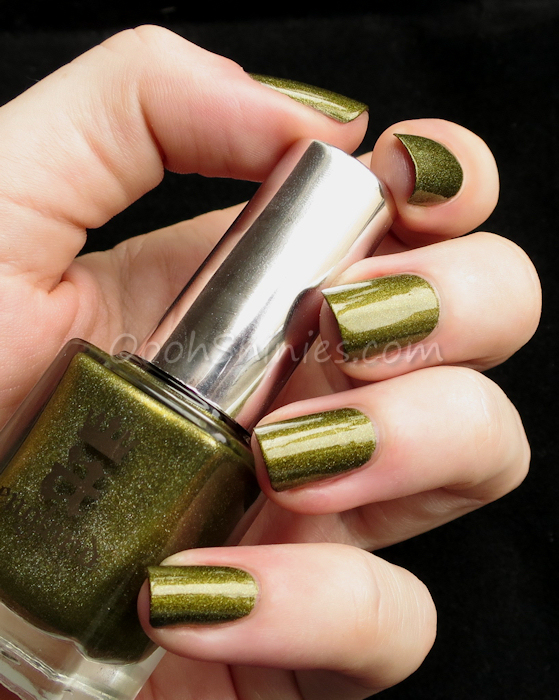 A England Fotheringhay Castle. I haven't even seen this beauty in sunlight, and it's not my usual color, but this was an easy pick nevertheless! A England is another brand that keeps bringing us awesome polishes, and I had a bunch of them in my first sorting. If this post was a top 20, there would be a lot more of A England for sure! :) 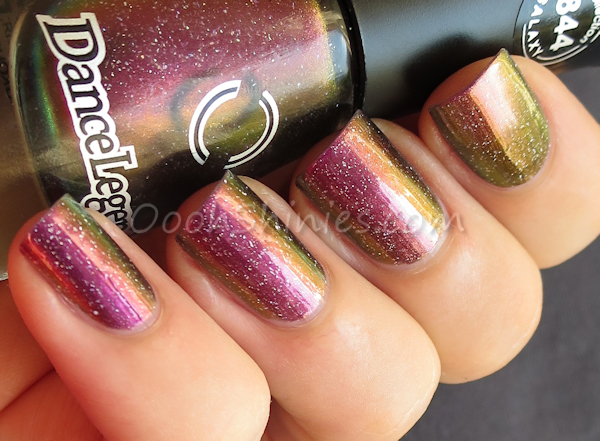 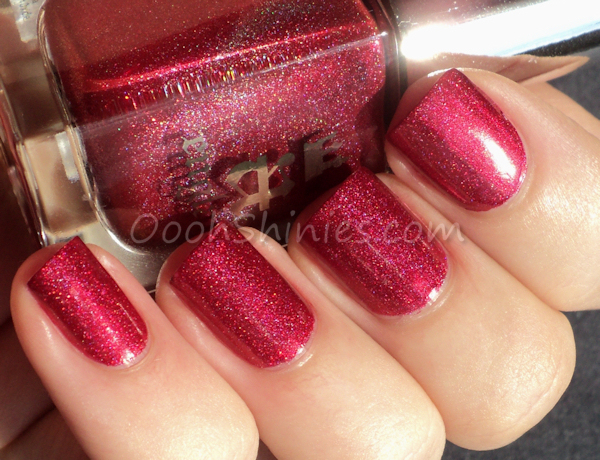 Another A England polish, another gem in a bottle. Perfect application, works for stamping, just what we're used to from AE! I ended up choosing this over Sleeping Palace, because I love wearing this as pedi as well. But in case you're interested, Sleeping Palace is also shown in this post: A England Rose Bower. 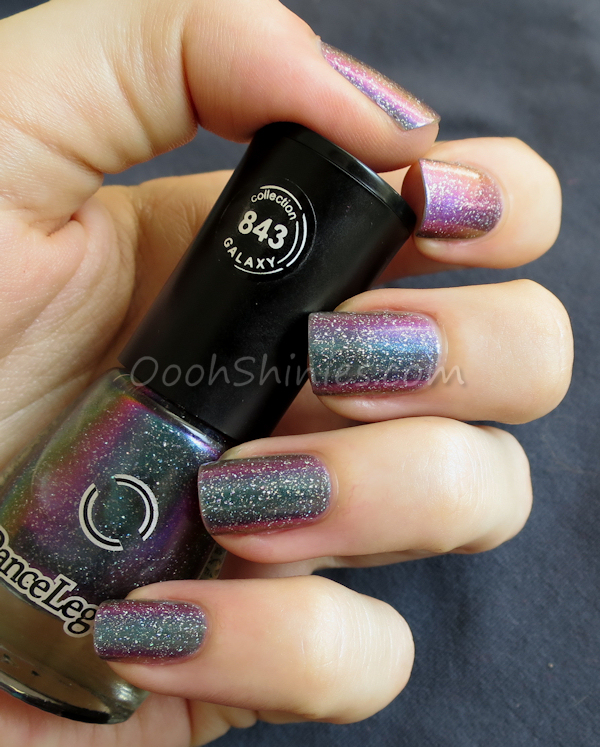 Dance Legend Milky Way. The full post shows well how different this polish can look, you see the darker, toned down side of it here. This polish was a good test for my new camera as well. I've learned a lot more about my camera and photographing in general lately, interesting for sure but it also makes me want all kinds of expensive photography stuff, oops! 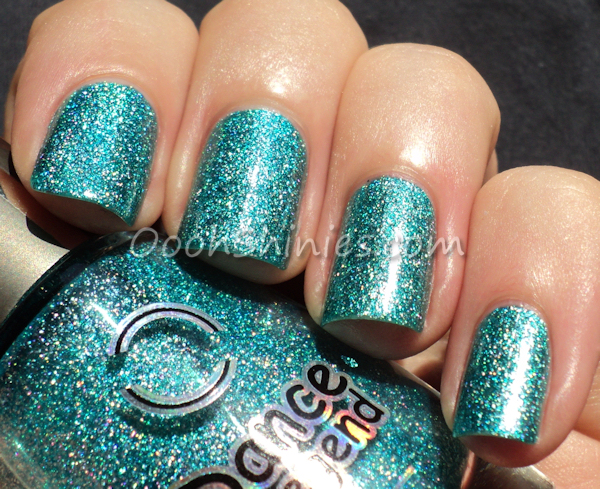 This polish made it to my top 10 because I had this on my toes SO much this year! It just needed 2 coats, no top/base, and it lasted very long like that. Sparkly, holo, summery color, Dance Legend Holy Diver is my kinda pedi color! 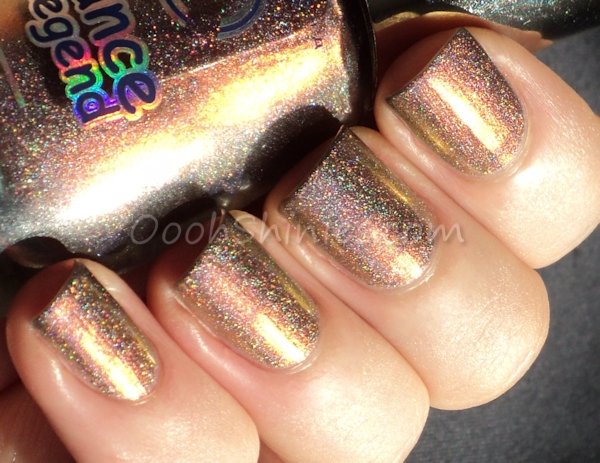 And now, the polish that made me post more swatches than any other polish: Dance Legend #48. Where to start! It goes from soft multichrome to holographic-with-golden-glow, and anything in between :) 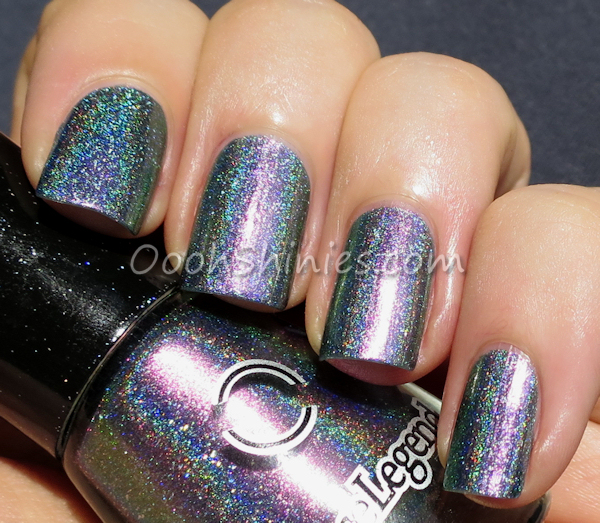 A holo in multichrome disguise... Or would it be the other way around? Here it looks like a pretty holo, but take away the sun and you got yourself a pretty multichrome instead! And of course, half the time it looks a bit like both =) Dance Legend Different View. 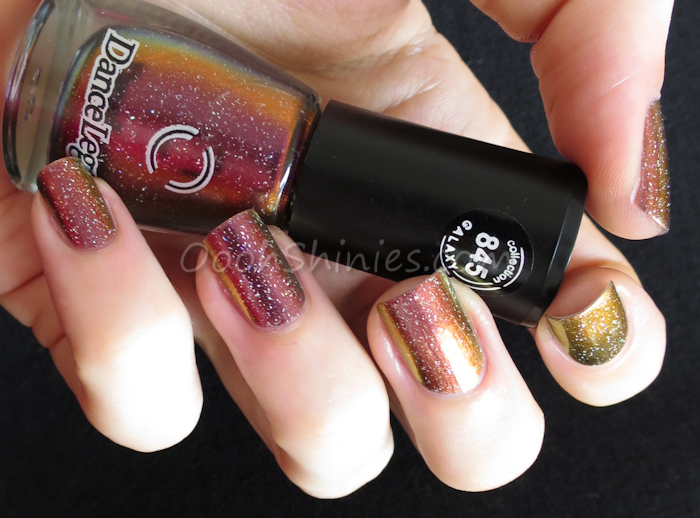 Dance Legend Big Bang, another one of those multichrome with holo sparkles beauties! I can add a lot more here, but the pic shows enough, right? :) 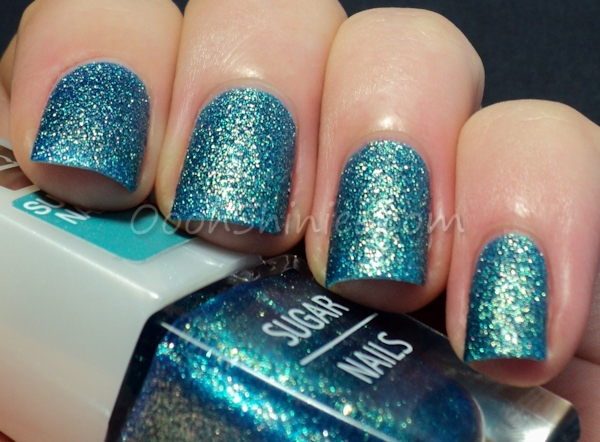 What's this, a non-DL polish? Oh yes! It's one of the Sugar Nails polishes, even though I haven't worn much textured polishes lately, I'm definitely not tired of them, and here's one of my favorites: IsaDora Ocean Crush. 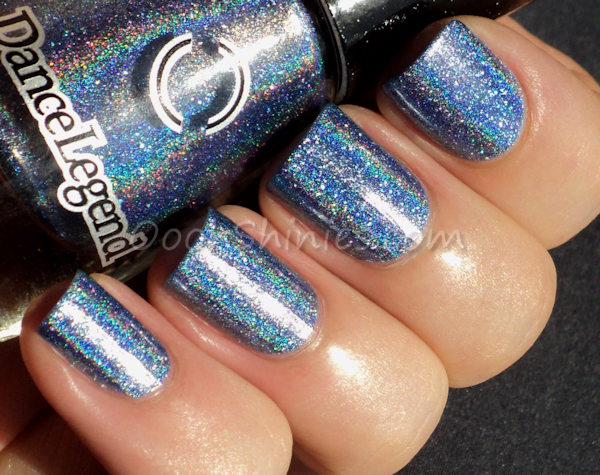 And I guess it doesn't come as a surprise that the last one is a DL polish as well :) Dance Legend Neptune, blue holo perfection!


Well, there you have it, my top 10 :) What are your picks of the year, any polish that you tried and won a spot in your top straight away like some of these did for me? Tomorrow I'll post my nailart top, and I have a kitten top post planned as well... but I doubt I'll stick to 10 pics there, haha. Thanks for looking and take care ♥
Geplaatst door Bregje op Monday, December 29, 2014
Newer Post Older Post Home