Hey lovelies! Last post of the year, and it's packed with cute! I went with kittenpics that I posted here, if I had to choose from all the pics I posted on my fosterblog, it'd be a complete mission impossible, haha. I fostered 6 kittens this year, first I had 4 little brothers that needed to be bottlefed, then I got one with an amputated leg, and then we added a little friend for him, which turned out to be a bit more scared than we first thought. I just had a few days break in between the brothers and the later 2, so I had a fosterbreak after. Then my Dewdew had some medical issues, and now that that's all sorted there's luckily very little kittens in need of a fosterhome left! 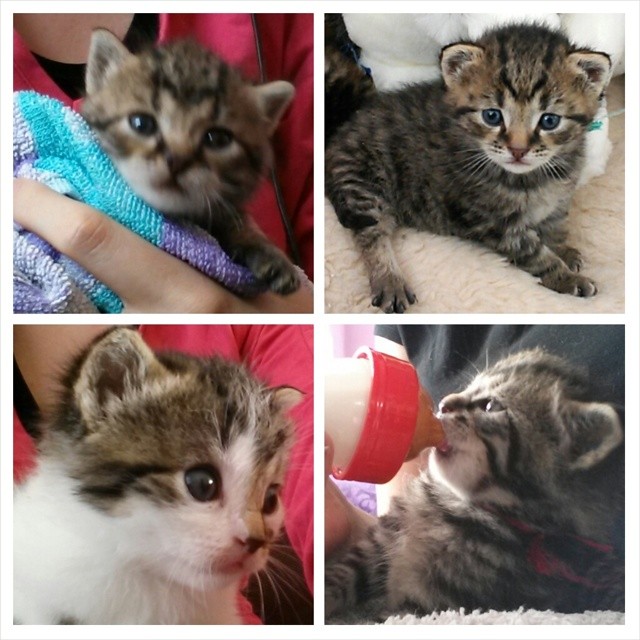 And Tris' hobby was scream LOADS at start, poor thing. It was really sad to see, because I couldn't give him what he was looking for, and he had such a loud & squeeky voice! But he was also the one that turned into the biggest cuddle for me and the one that I miss the most from these, he became really special for me :) 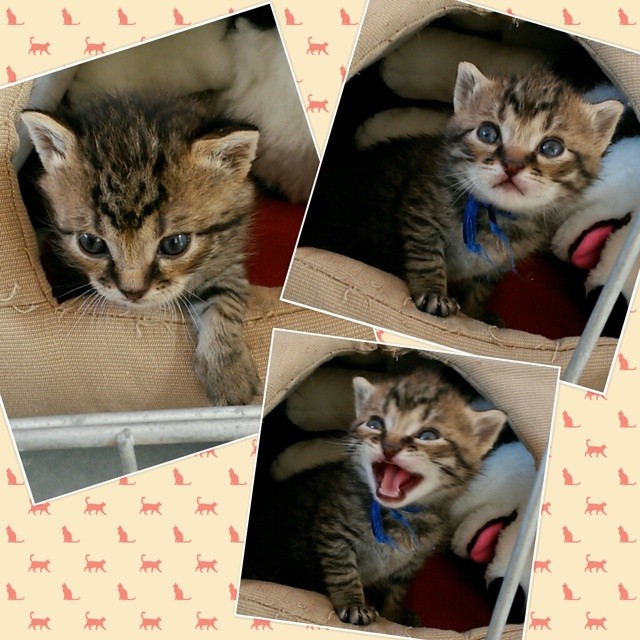 2 of them sleeping together, aww! 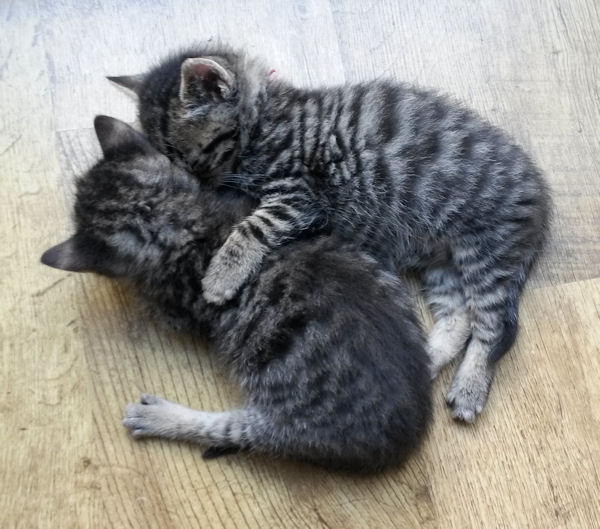 Arthur after I had to wash him, he still wasn't fully dry here. They were great at making a mess :D 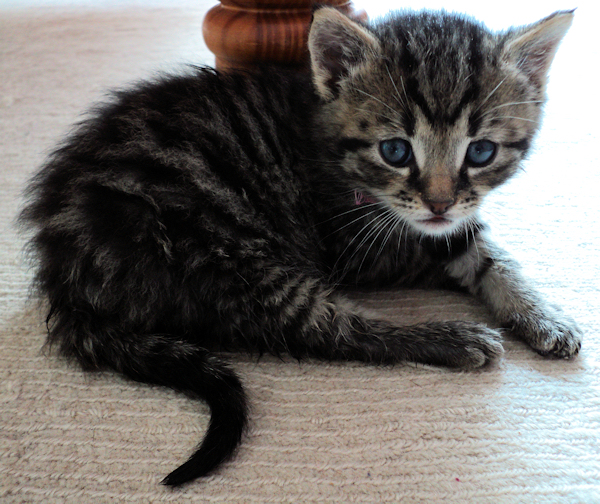 Dew seldomly sleeps with fosterkittens, so this was extra special for me ♥ Arthur on his last day here 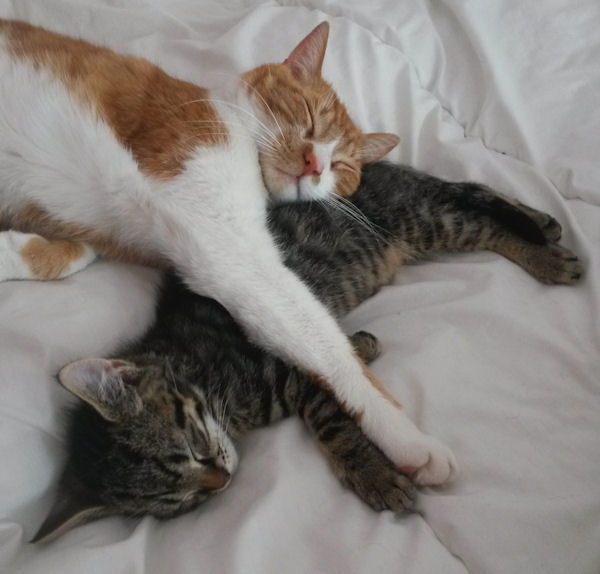 Doesn't matter what kittens want (play usually), if Dewey wants to wash, he'll just pin 'em down or grab their little necks with both paws to hold them in place, lol! 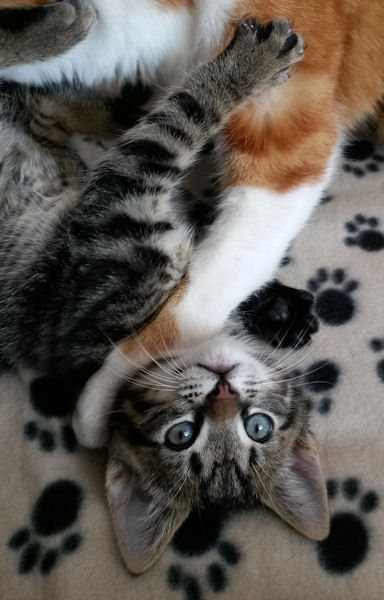 The kittens loved this! Dew? Not so much... :D He didn't last long here, haha, can't blame him! 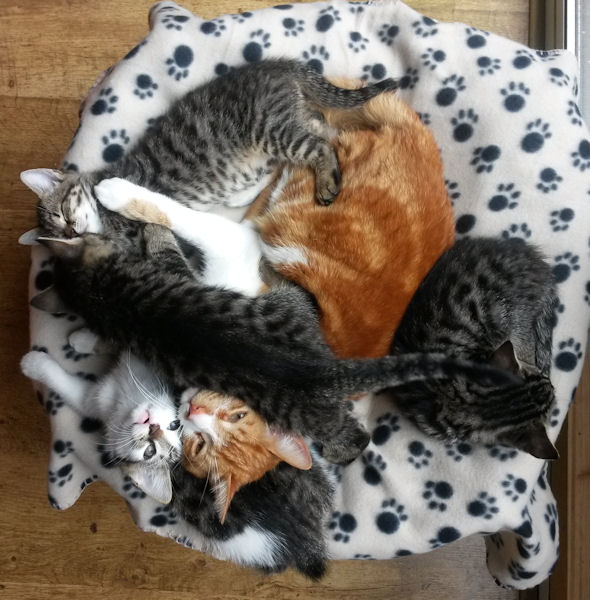 Lancelot near the end of his stay, they looked so HUGE compared to those tiny muppets I took in! 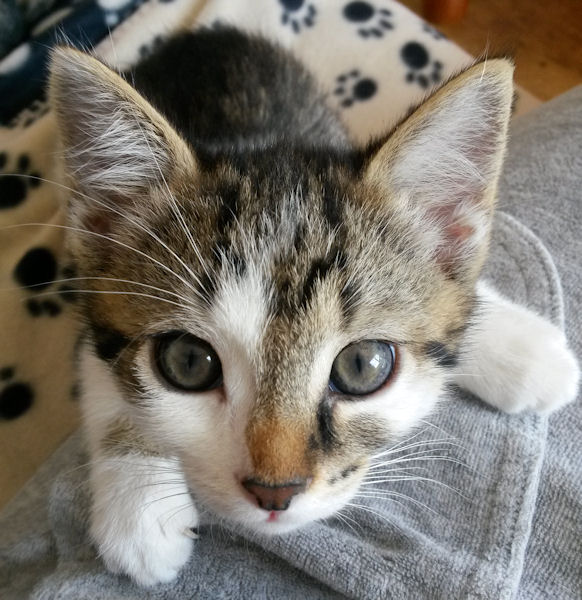 Tris loved sleeping on me or just in my hands like this, and I just sat there holding him at those moments, enjoying those special, heartwarming times SO much! Seriously, how can you not fall in love if a kitten falls asleep like this? And that belly! *squeee!* 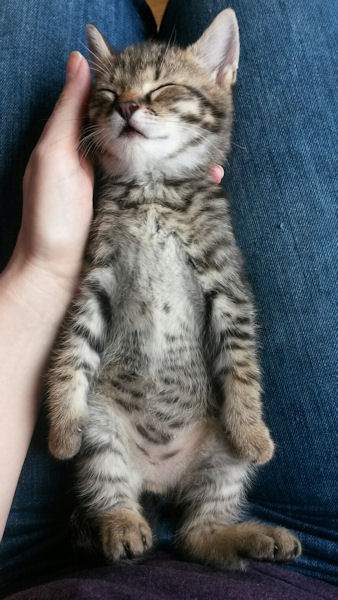 But he stayed a little screamer at times, haha! I love his meowface :) 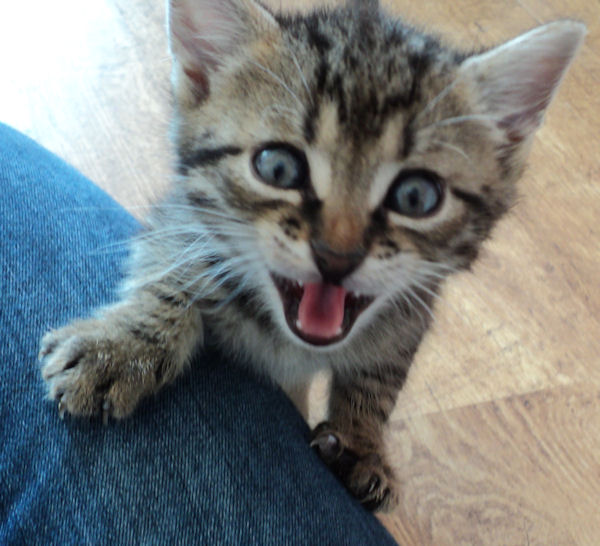 I haven't heard anything from these 4 in quite a while, but last I heard was from the shelter and they all seem to do well! :) Of course I would love to see a pic of them now, and hear how they're doing, but that's part of fostering and in the end all that matters is that they're doing well in their homes!


Next up was Mobi, energetic, happy, and oh so positive! Even though he must've suffered quite a bit and they had to amputate his frontleg around 5 weeks old already, if I think of him that's not the first that comes to mind at all. I don't think I'll ever forget his positive spirit, that made quite an impression! 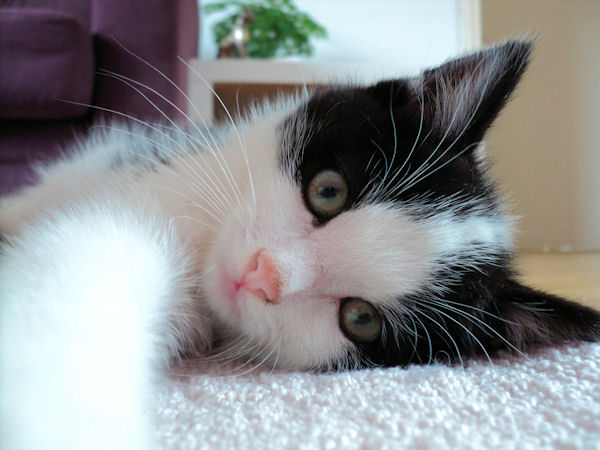 Such a happy little cutie! :) 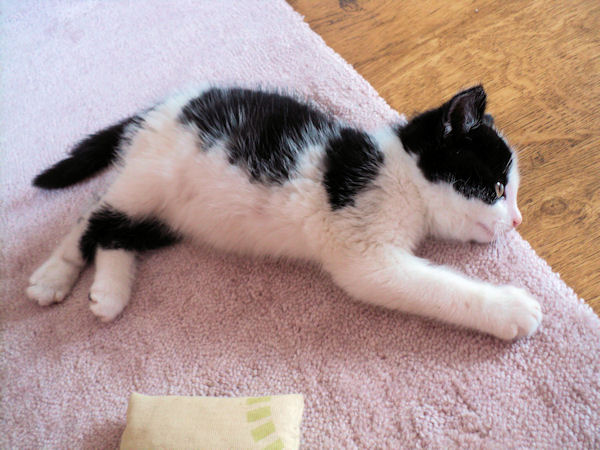 But because Mobi was so overenthusiastic towards Dew and just wanted to play, we felt it would be good for him to get a little friend of his own age, and that became Colin. Both are doing fine I assume, Mobi adapted really fast to his new home as well :) I think Colin is doing fine too, last I heard was from the shelter and that sounded positive. The actual adoption process didn't go as well and his goodbye was quite difficult (which is why I never did a final post on him on either one of my blogs), and even more so because he was the 2nd kitten of the season that stole my heart just a little bit more... He really made me doubt a lot, if it had been a better match with my cats he'd still be here ♥


Colin was quite scared at first, but as these pics show, he got through all that just fine! 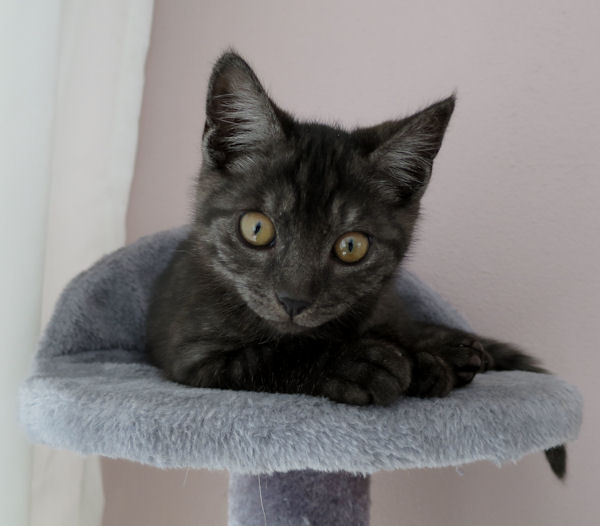 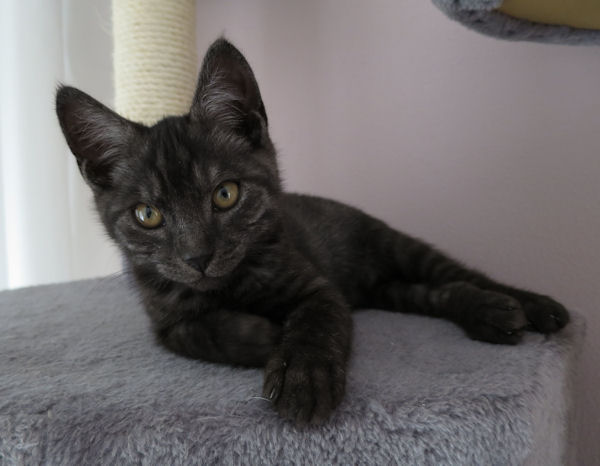 Little Wolverine, this was one of those shots that just turned out well if you ask me! 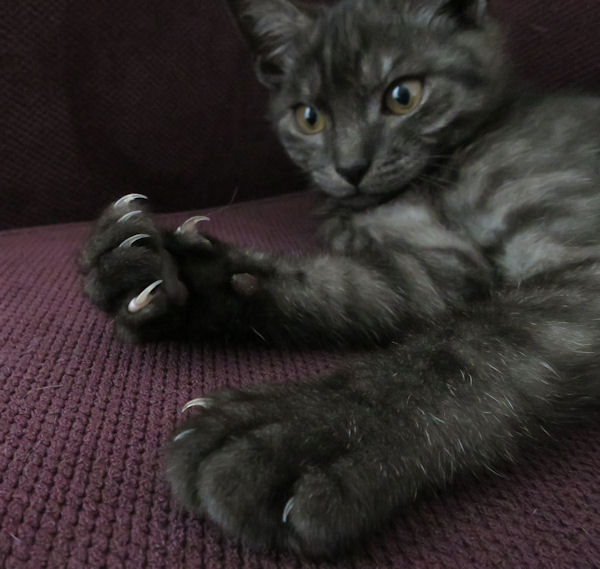 There's SO much more kittenpics that could've ended up here, but I figured 15 would do already, haha. It was nice to look back a bit, I hope you enjoyed this fuzzy post too!


I wish you all a great evening (and hopefully not too stressful for your beloved pets), a fantastic New Year with lots of love, happiness, and memorable moments! Thanks for reading and you'll see me next year! :)
Geplaatst door Bregje op Wednesday, December 31, 2014
Newer Post Older Post Home