Hi guys! Here's a mani from the vault, while I'm still cheering on my nails to quickly reach this length again :) I used Captive Goddess as one of the stamping polishes, which is one of the 4 polishes you can win in my A England giveaway! 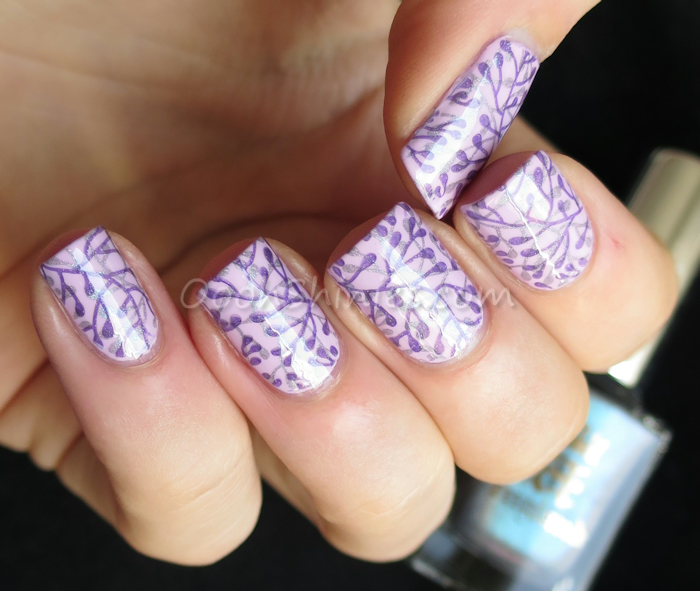 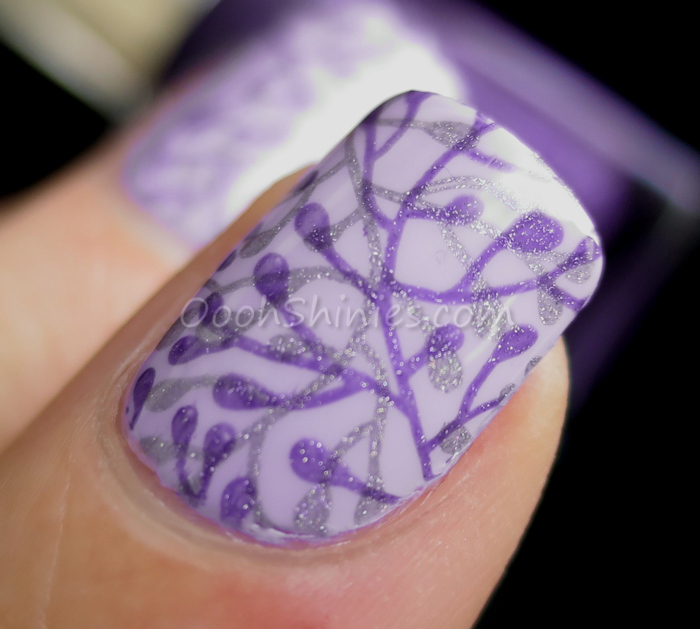 I started the mani by stamping the first color, and switched the image on each nail (normal and upside down). Then I went over it in the same way with the purple stamping, but then again in the opposite direction of each nail. The blue flash of the bottom stamping and the subtle sparkles give this combo just that little bit extra! The plate is one of the BornPrettyStore plates, which I showed you recently. Don't forget, you get 10% off your BPS order with code ABJ61 :) 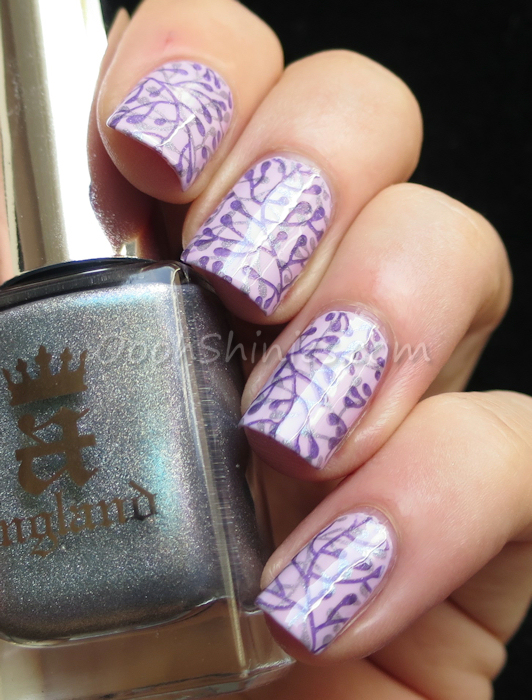 China Glaze Sweet Hook with A England Captive Goddess, A England Lady Of The Lake and BornPrettyStore plate BP-L015. 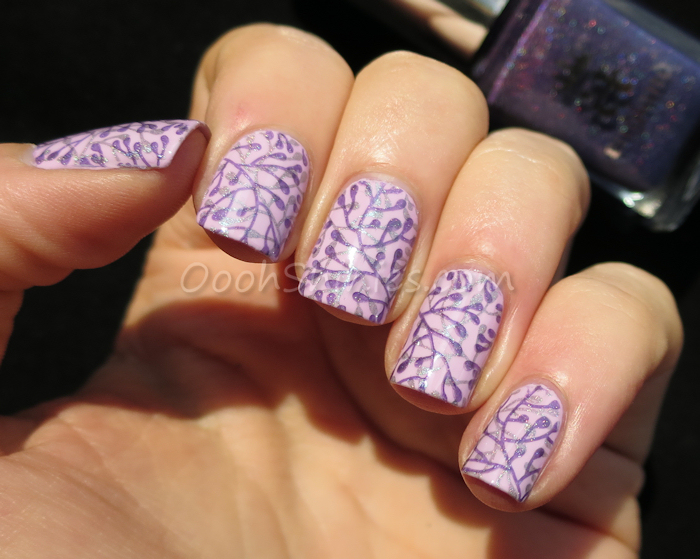