Reversed stamping with lots of colors!

Heya! Lately I've been spoiled badly with all the plates that I received, but doing those reviews also ment that I didn't get to play as much with each plate as I'd like (not complaining here, don't get me wrong, it's awesome and I feel SO honored that I got those opportunities! :)). Having foster kittens doesn't help either, but my current sweeties are doing great, and stamping decals combine nicely with kittens: I can make them in between and won't have to walk around with wet nails as much! So that's exactly what I did here, I took a plate from a set that I wanted to play more with, Bundle Monster's Shangri-La set, and made decals on my Uber Mat last night while they were sleeping. And today, during another nap, I finished the mani :) 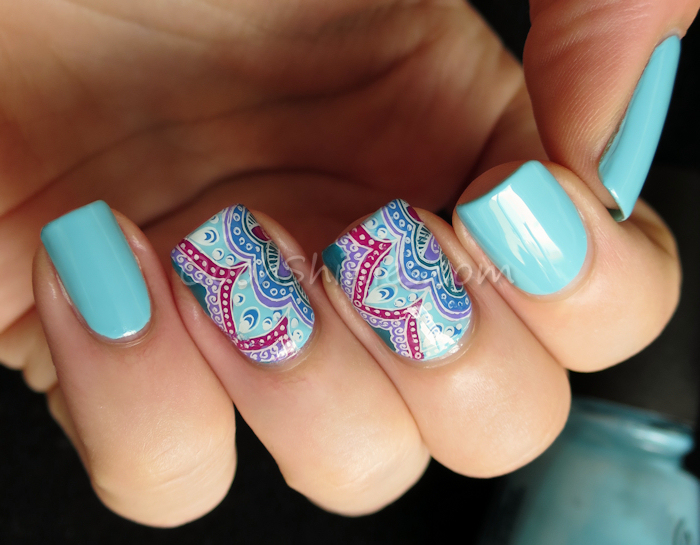 I made decals with a white stamped design and colored them in with a bunch of colors and the dual sides tools I showed recently, but the downside of so much colors is that you can end up with thicker, uneven decals. Then I thought of ridge filler, and that worked great! So instead of using a lot of top coat to even it all out, I glued the decals onto my nails with basecoat, then used just a thin layer of top coat (since I wasn't sure how ridge filler would work directly on the decals, I'll try that out some other time), then ridgefiller, then another thin layer of top coat. Because the decals were already dry, and I used a fast drying top coat, it didn't take much time at all, and the result was a lot smoother and thinner than with a couple coats of top coat! 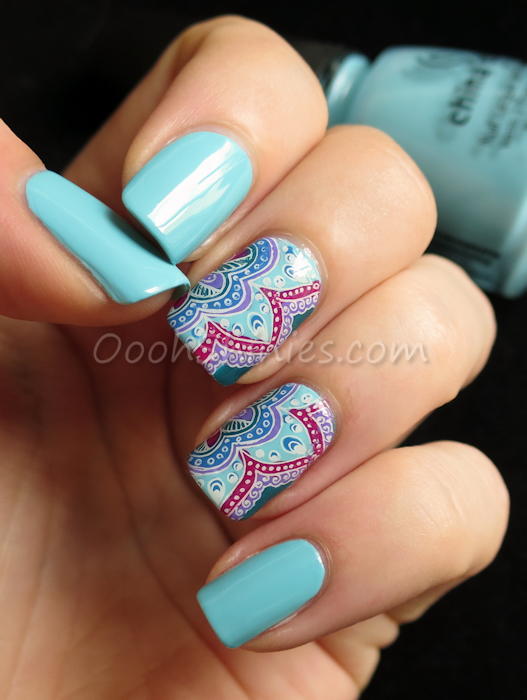